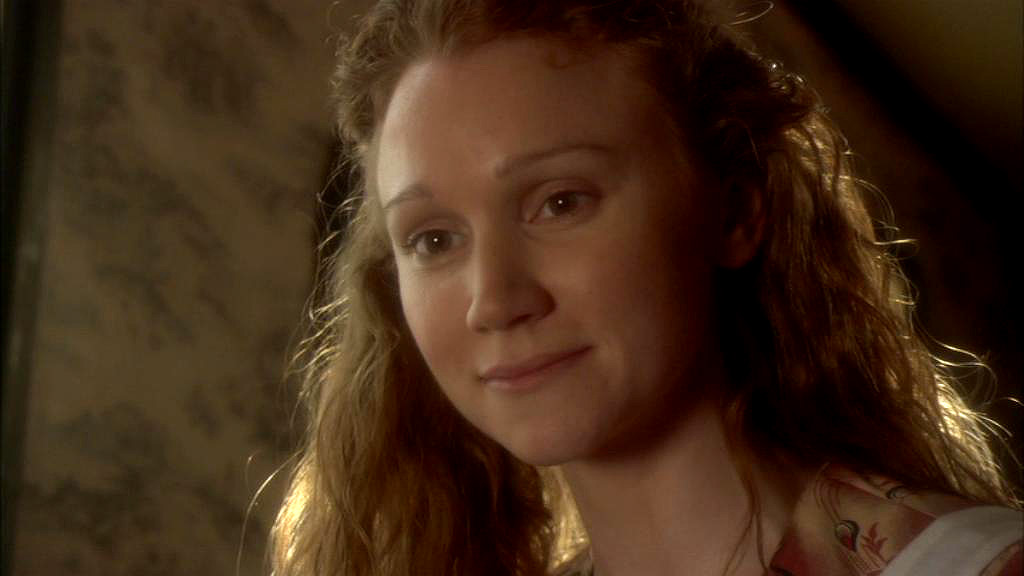 Member of the Tegalans and the wife of Jarrod Kane. When the war between the Rand Protectorate and the Caledonian Federation broke out, Jarrod sent Leda into the countryside to the abandoned house of her uncle. There, many miles from the capital, she was able to escape the devastation of the conflict and tend to Daniel Jackson's wounds.

Leda grew attached to Daniel, whom she shared her feelings about her husband. Since Jarrod had become a part of Commander Gareth's team, he grew distant and ceased to talk about anything besides general conversation with his wife. Their romantic relationship also became strained. Still, Daniel kept his distance to allow her to remain faithful to her husband. Even when Jarrod returned and questioned her on this matter, she was able to be honest with him.

While Daniel, Jarrod and his men waited in the hidden basement of the house, Leda confronted members of Soren's forces who were sweeping the countryside for traitors. Despite one man wrenching her arm, she hid the fact that their enemy was hidden below.

When Daniel drew plans together with SG-1 via their radio system, Leda said goodbye to him, knowing that (if the plan worked) he would return to his planet. Jarrod also said his goodbyes, and Leda watched the battalion depart.

Leda survived the following revolution, only to be killed several months later when a Prior visited Tegalus and exposed the population to a Prior plague. Those who converted to Origin were saved, But Leda refused.

Icon - Kane submits Daniel Jackson into his wife, Leda's, care, after the devastating battle between Caledonia and the Rand.
Ethon - Jarrod informs Jackson that Leda lost her life to a Prior plague.