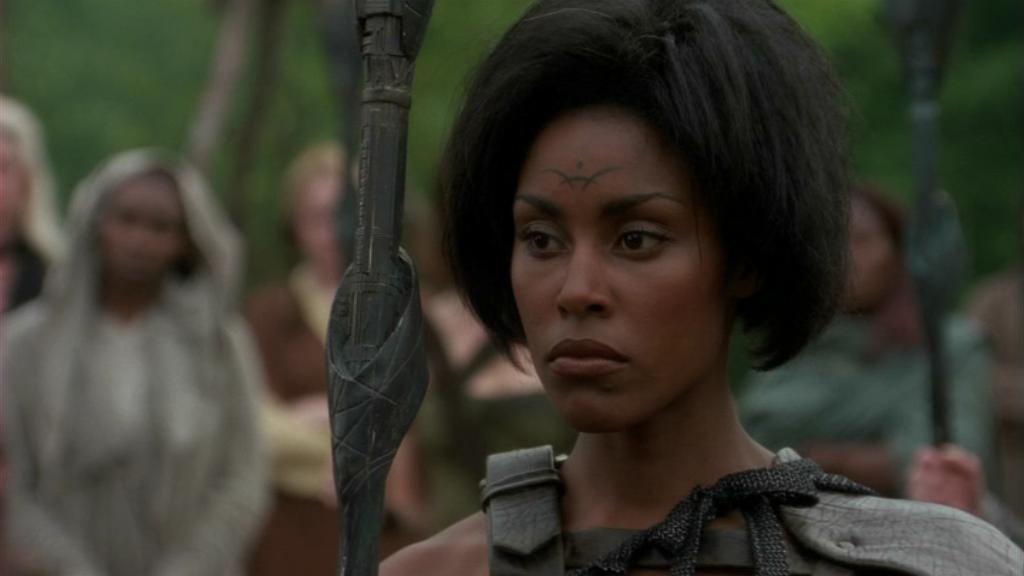 A strong and loyal kin'dra (second-in-command) to Ishta, leader of the Hak'tyl resistance. Mala was once a temple handmaiden who fell in love with a palace guard under Moloc's domain, which was forbidden. When it was discovered she was to have his child, Moloc killed him and sacrificed their daughter in the Ceremony of Fire.

Mala was eager to accept the aid of the Tau'ri, and even more so the tretonin, a drug which she believed would one day free her sisters from the Jaffa's reliance on Goa'uld symbiotes. She volunteered to be a test subject, travelling to Earth and allowing the larval Goa'uld to be taken from her body. Unfortunately, she was the only one of five Hak'tyl volunteers whose body did not respond to the drug. Before her death, Mala's last words were to Samantha Carter, pleading with her not to replace the symbiote -- for if her people were ever to be free, it would be without the Goa'uld.

Mala's death was not in vain. Though Ishta and the others mourned her death, they agreed to stop killing other Jaffa to obtain symbiotes, but to accept the Tau'ri's offer of tretonin.

Birthright - Mala takes the place of Ishta and travels to Earth to undergo a transfer to tretonin, dying when her body rejected the drug.