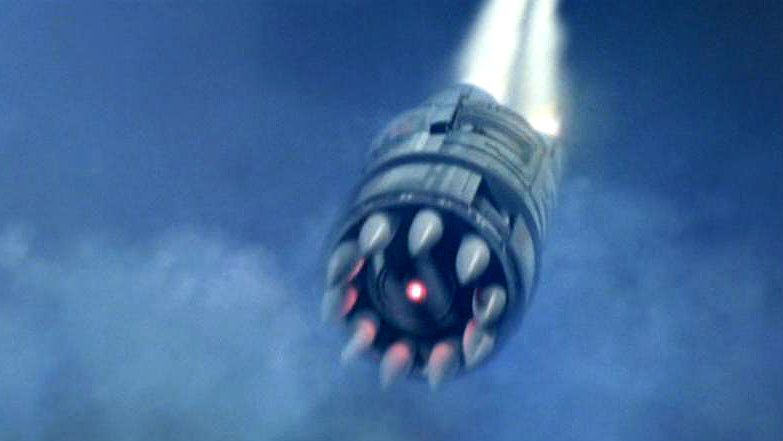 Naquadria-enriched nuclear warhead, also known as a "Gate Buster." Developed at Area 51 by Colonel Samantha Carter and a team of engineers, the Mark IX was designed solely for the purpose of disintegrating Stargates and anything else inside a one hundred mile radius.

The warhead has at least two modes. Mode 2 of the device is typically used when the weapon reaches its final destination. In this state it is extremely sensitive to physical and electronic tampering, including nearby detonations of plasma weaponry. Mode 1 is a less sensitive setting.

Earth has a number of Mark IX warheads at its disposal. Six of the powerful weapons (along with four decoys) were deployed in the weapon code-named "Horizon," used by the U.S.S. Apollo to decimate the surface of the Replicator homeworld Asuras.

Beachhead - Carter and one of her Mark IX weapons accompany SG-1 to Kallana in case negotiations with an Ori Prior to cease a galactic foothold fails.
First Strike - The Apollo deploys six Mark IX warheads in a preemptive strike on the Replicator homeworld, decimating the planet's surface.