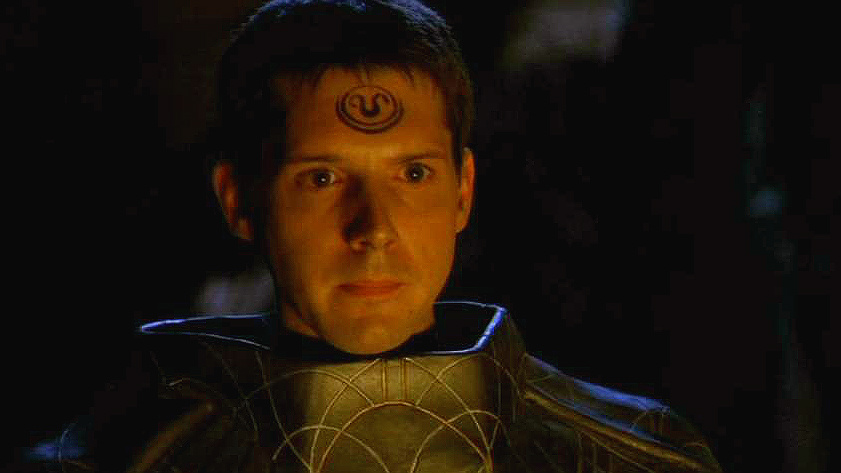 Jaffa who aided Bra'tac and SG-1 on a mission to the abandoned Ancient world of Proclarush, though he was secretly in the service of Anubis. Bra'tac had known Ronan's father, and Ronan's reputation as a skilled pilot preceded him. He had a Tel'tak at his disposal (likely provided by Anubis himself), which he lent to the team on the condition that he remain with the ship and accompany them on their mission.

Ronan was unaware Bra'tac was on tretonin and no longer carried a Goa'uld symbiote when he struck, having unveiled his allegiance and stabbed the Jaffa master in his symbiote pouch with a knife while SG-1 was on the planet below in the Taonas outpost. After a fight on the ship Bra'tac took Ronan's weapon and killed him, but barely survived the ordeal himself.

Lost City, Part 2 - Ronan keeps his allegiance to Anubis hidden when he hands over his Tel'tak to travel to Proclarush, later dying by his own weapon at the hands of Bra'tac after betraying him.