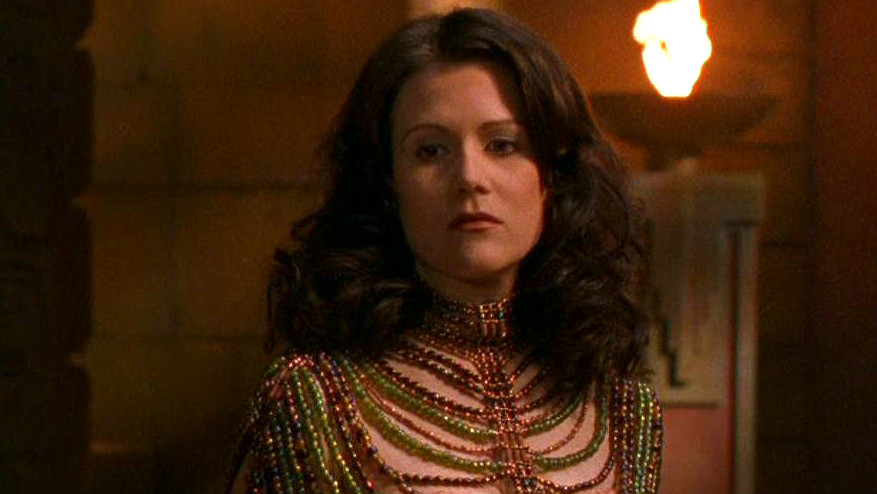 Inhabitant of P3R-636, and heir to the throne of her father, the overseer Pyrus. Shyla was partially responsible for Daniel Jackson's addiction to the Goa'uld sarcophagus.

Shyla's mother-in-law once told her that a man would become from beyond the sun, just for her. Eventually testing this theory, she attempted to commit suicide by falling over a wilderness ledge. She was pulled back by Dr. Jackson, and immediately fell in love with him. While Pyrus forced SG-1 into the naquadah mines, Shyla insisted that Daniel remain above with her.

No matter how hard Shyla tried she could not get Daniel to fall for her like she did him, but the more he used Pyrus's sarcophagus, the more he was unsure of his own certainties. He agreed to marry Shyla if she freed SG-1, and after her father's death she did so, assuring the team that from now on they would be treated as honored guests when they returned. Daniel went back with them to get personal items and conclude various matters, but General Hammond and the others forced him to stay. His experience with the sarcophagus had altered his brain chemistry, and he subsequently experienced serious withdrawal.

Shyla waited for weeks for his return, but knew even before Daniel had departed that there was a very good chance she would never see him again. Eventually he did return, and convinced her to stop using the sarcophagus herself to prevent becoming what her father did.

Need - In sadness, Shyla tempts fate by trying to commit suicide, but instead is saved by Dr. Daniel Jackson.