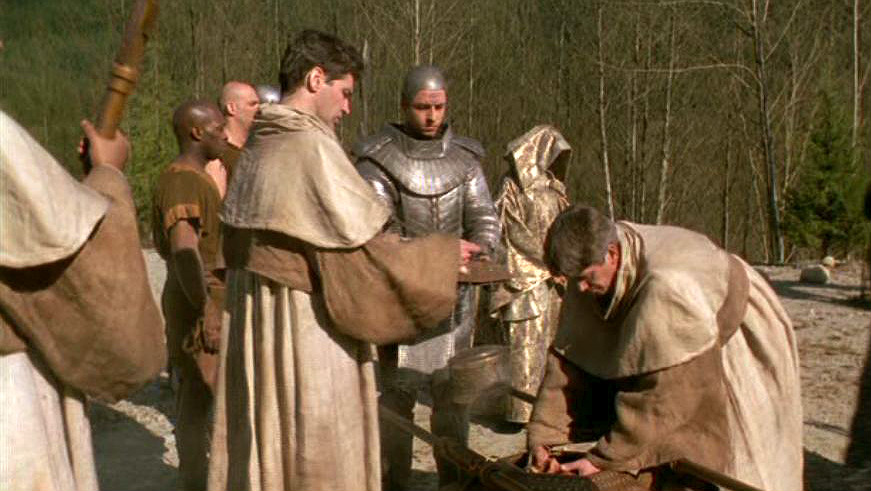 A colony of more than a thousand mine workers and soldiers who worship Pyrus the God Slayer, a man who once rid the people of the threat of the Goa'uld from their planet nearly 700 years ago.

On the outside the people look as though they are indeed under the harsh rule of a Goa'uld, but in actuality it is a masquerade to ensure that they are not tampered with by other gods who would wish to lay claim to the people and territory.

Pyrus did indeed once kill a Goa'uld, but lifestyle for the people did not improve. The majority of the inhabitants still dug for naquadah in the mines, sending regular shipments though the Stargate to appease whatever higher Goa'uld on the other side, if any. Upon SG-1's arrival they were deemed a threat and placed to work in the same mines.

Shyla, Pyrus' daughter, entertained Daniel Jackson with the possibility that if he were to stay with her, she could convince her father to allow SG-1 to return to Earth. unfortunately it wasn't until a good time later when Pyrus became so weak from using the resident Sarcophagus that he could no longer give orders. Daniel, who had been using the same device (clearly needing the continued "fix"), promised her he would return, but in the time that he did not Pyrus died, and Shyla became leader of the people.

Daniel did eventually return, however, and after destroying the sarcophagus, promised to show her ways to more efficiently dig for naquadah and allow the people suffering below to improve their lifestyles.

Need - Daniel realizes there are thousands of workers in the mines who are digging themselves to death for unearthing naquadah that may no longer be needed, and offers to help Shyla discover alternate solutions.