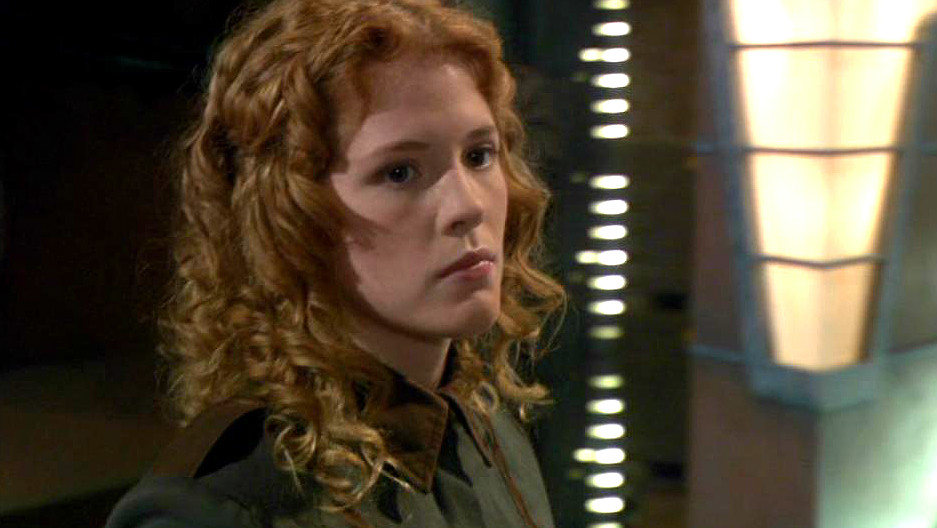 Genii soldier, daughter of Tyrus, trained in Commander Acastus Kolya's guard for reconnaissance and infiltration in the name of her people. She is betrothed, is a skilled fighter and an expert markswoman.

Sora lost her father, Tyrus, during the first joint strike mission between the Atlantis expedition and her people. It was this thirst for vengeance that helped to drive her to join Kolya's forces in the infiltration of Atlantis when the city's numbers were dwindled down. She and Ladon Radim helped man the control room while other Genii forces patrolled the city.

Believing Teyla Emmagan (who had known the girl most of her life) to be responsible for Tyrus's death, she disobeyed Kolya's direct order and engaged in a bloodthirsty duel to the death with the Athosian in a dimly lit Atlantis corridor. When Teyla gained enough of the upper hand to cut Sora's throat, she spared her life. Sora aided Teyla in bringing Dr. Carson Beckett back to the Atlantis command tower.

Elizabeth Weir agreed to allow Sora to stay, but for the time being, she would remain confined.

Underground - Sora and her father greet their old friend, Teyla Emmagan, who has brought visitors to trade for Genii crops.
The Storm - Sora joins Kolya's strike team to take the city of Atlantis for the Genii, hoping to avenge her father's death with Teyla freshly spilt blood.
The Eye - When Sora fails to defeat Teyla in combat, the Athosian spares her life, and she is confined to solitude in the city.