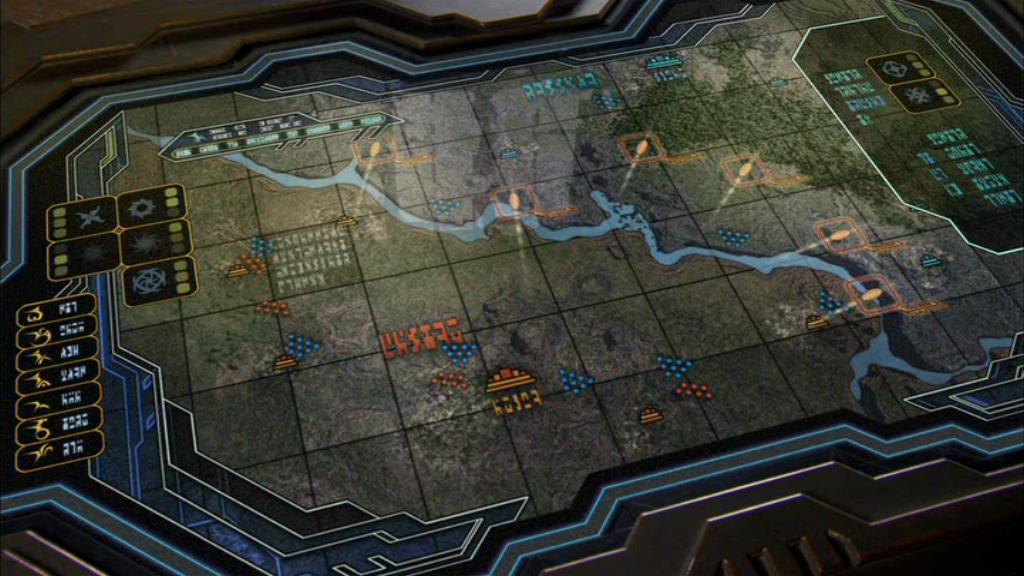 Ancient display tables found on planet M4D-058. They were used to receive and display instructions and information relayed from Atlantis via satellites in orbit above the planet. These instructions were then passed to the people by the village leaders.

Thinking they were playing a game, McKay and Sheppard used these systems to instruct Nola of Geldar and Baden of Hallona. Unfortunately, because of the two men's competitive streaks, the two peoples were pushed to the brink of a very real war.

The Game - Sheppard and McKay find "The Portal" when they arrive in Geldar.