For other uses of this name, see Tomin (disambiguation) 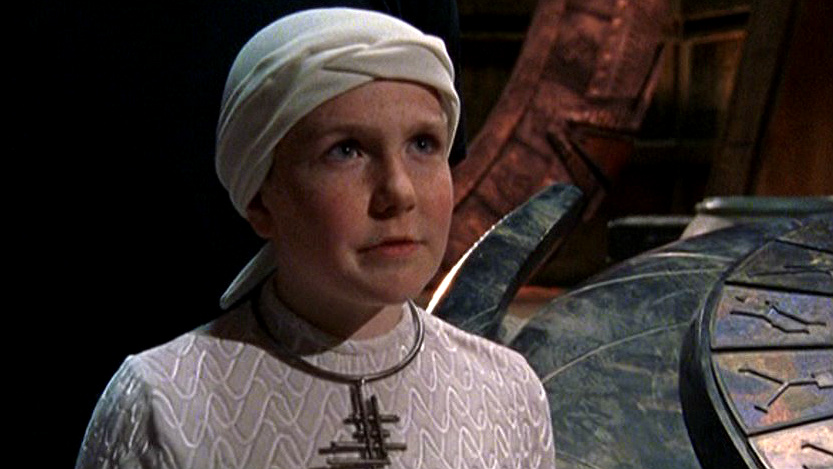 Orbanian child and an Urrone, son of the Orbanian leader Kalan. Tomin was instructed to gather all information pertaining to the Goa'uld so that his people could collectively share in his knowledge through the harvesting and dispersal of nanites in his brain -- a ceremony called the Averium.

Tomin was destined to be an Urrone long before he was born. Kalan knew that his son would become a great contributor to society through the knowledge he gained. During SG-1's visit to Orban the boy spent extensive time with Teal'c, soaking in all of knowledge on the species -- including their power base, command structure, and military. When he felt he had gathered all necessary information to help his people protect themselves he asked his father to initiate his Averium early.

Teal'c and Daniel Jackson became concerned when they discovered Tomin after the ceremony to be a blank slate, in an infantile state with little cognitive ability. It was only after the Urrone Merrin had learned of things like "fun" and "play" that the Orbanians decided that all the Urrone children from then on would be taught the "old fashioned" way instead of with nano-technology.

Learning Curve - Teal'c takes Tomin at his side and learns all information regarding the Goa'uld and the Jaffa they command.