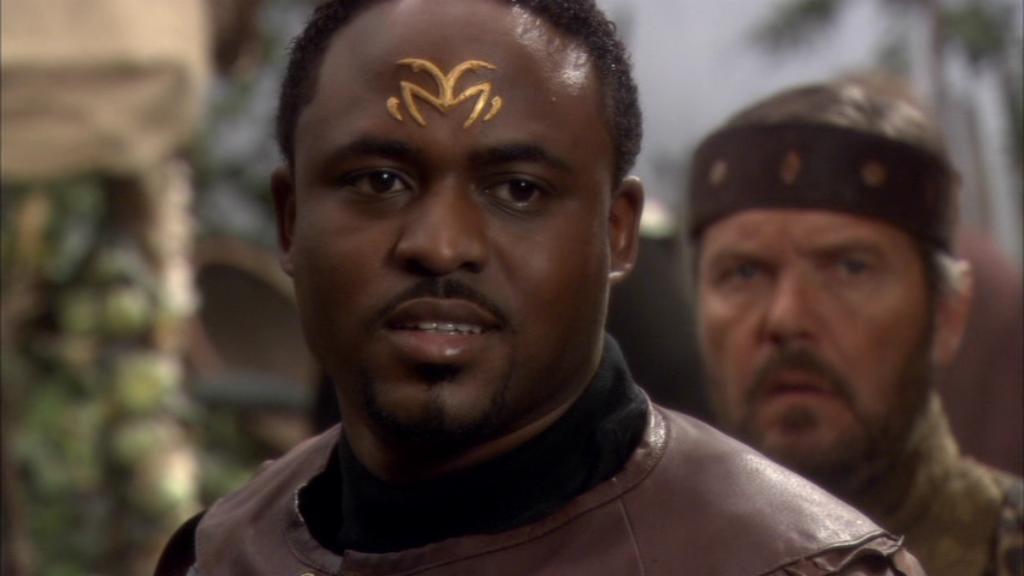 Jaffa soldier and First Prime to the Goa'uld System Lord Ares. Trelak was dispatched by his god to Arkhan's planet in order to pave the way for the reintroduction of Ares into the society of Arkhan's people. Maybourne, known as Arkhan the First to the locals, pretended to play along with the Jaffa in the hopes that his people would not be harmed.

Trelak, however, could not be easily fooled. When it became apparent that the villagers had outside aid from the Tau'ri he searched the people until he found Daniel Jackson and Teal'c hiding among them. When Trelak had his chance he broke into a knife fight with Teal'c, and with a little help from Maybourne the former First Prime of Apophis kept his word, killing Trelak quickly.

PLAYED BY - Wayne Brady
FIRST APPEARED - It's Good To Be King

It's Good To Be King - Trelak and his troops arrive on Arkhan's planet through the Stargate, eager to announce the incoming Ares who will soon rule over the people.