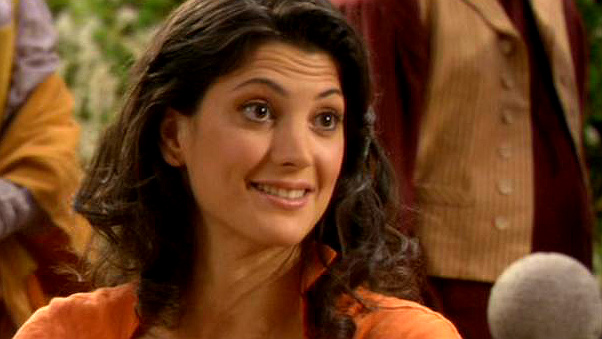 One of the many wives of Lucius Lavin, and a member of Lucius's people. Lovely and voluptuous, her husband took to her more than any of his other five wives, suggesting she may have been the most recent addition. She was only slightly irritated with Lucius when he made a pass at Teyla Emmagan while she was standing with him.

When Lucius decided to visit Atlantis, Willa and the rest of her village began to suffer withdrawals from her husband's pheromones, the purpose of which he kept secret. She pleaded with Colonel John Sheppard to make certain he returned soon, even leading him to a cash of some of the liquid to ensure this.

Sheppard eventually returned to Lucius's planet to administer Dr. Beckett's counteractive drug which neutralized the pheromones reactions on their emotions. John suspected Willa and the other wives, after clearing their heads of the pheromone, would soon be seeking divorces.

Irresistible - Willa and everyone else in her village become depressed in the absence of her husband, Lucius Lavin, who has invited himself to Atlantis.