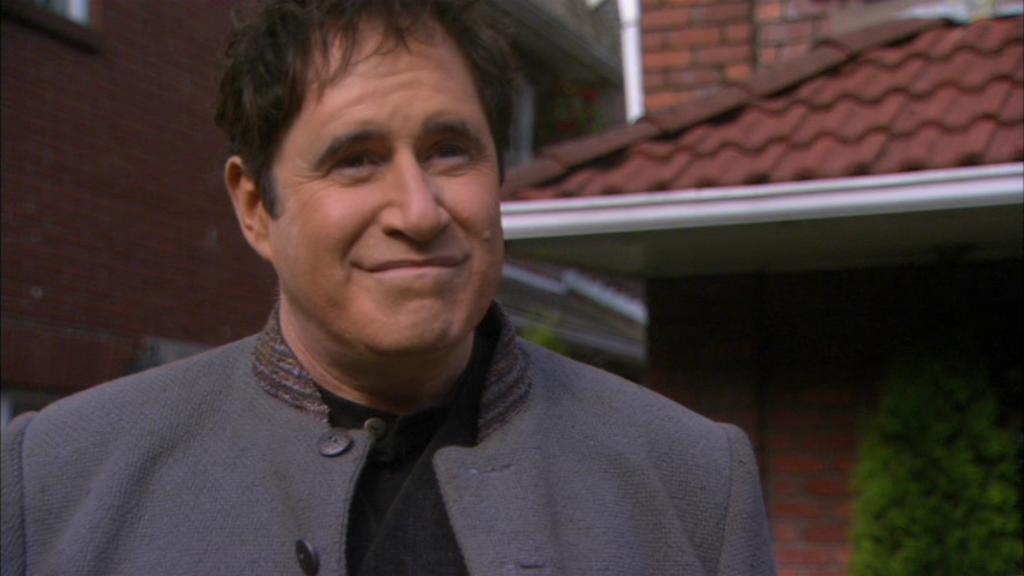 Resident of a planet in the Pegasus Galaxy, with specialties in baking, herbs and spices, and shoving candles into gourds. Greedy and manipulative, he was despised by his fellow townspeople. Lucius enjoyed experimenting with his bread and muffins, and would often bake various foreign herbs into his bread. On a visit to M6H-491, Lucius found an unusual herb and collected samples to bake with. But afterwards he was astonished to find that the herbs he had collected were causing his fellow townspeople to eventually be enthralled by him. The boundaries of his fellow citizens dropping away, he soon discovered he was easily the ruler of their society. Eventually he perfected a potion, which worked well for years. At the peak of his success he had six wives including Willa, and possibly Heleen.

The Wraith, upon awakening, found 491 and chose to establish a base of operations there, preventing Lucius from obtaining more of the herb. Desperate, he was eager to forge an alliance with the Atlantis expedition, who visited his world in a great flying ship. After exposing himself and his pheromones to Dr. Carson Beckett for an extensive period of time he managed to get himself invited to the city of the Ancients, where he used their manpower and resources to recover the herbs from the Wraith stronghold.

For a period of time Lucius was in control of Atlantis himself, every officer -- minus Colonel John Sheppard, with a cold -- yielding to his every will. But when Sheppard bulled Beckett away from the city and gave him time to clear his head, the doctor devised an antidote which neutralized the effects of the pheromone on Lucius and all its recipients.

This drug was also administered to Willa and the rest of the people, who were spared from further withdrawals. Lucius relinquished his hold on Atlantis, and returned to his village in shame.

A few months later Teyla Emmagan took Sheppard, Ronon Dex, Rodney McKay and Carson Beckett to a planet renowned for their fair and honorable trading. There they came across a village which was protected by an invincible hero, who turns out to be Lucius Lavin. He had been "invited" to leave his previous home and had come through the Stargate to his new home in possession of an active Ancient personal shield emitter. He chased off some bandits for the village and the grateful villagers, such as Amaris, asked him to stay and be their protector.

Lucius regularly held court, making up fantastic stories about his many feats of heroism on other worlds. While the Atlantis team were in the village a group of bandits arrived and made trouble, but Lucius, protected by his shield, beat them in a fight and ran them off. Later he went for a walk, covertly followed by Sheppard and his team. They saw him meet up with the "bandits" and pay them. He had, in fact, hired them to stage the fight so that the villagers would continue to feel the need to keep him around.

Unfortunately for the Atlantis team, the hired thugs were ex-Genii guards who, having recognized the team, put in a call to their old commander, Acastus Kolya. He arrived in the village with a small force of men bent on revenge and captured all the team, except Sheppard, who borrowed Lucius's shield emitter so that he could confront Kolya. With the help of the villagers the Genii force was overwhelmed and Kolya killed. Sheppard then returned the emitter to Lucius and the team left.

However, Sheppard failed to mention to Lucius that the device's power had been exhausted during the firefight, and the last they saw of Lucius he had been encouraging a villager to kick him somewhere sensitive.

Irresistible - Sheppard and his team come across a planet governed by a man with an addictive personality.
Irresponsible - The Atlantis team go to meet a "Hero" only to find out it is Lucius Laven.