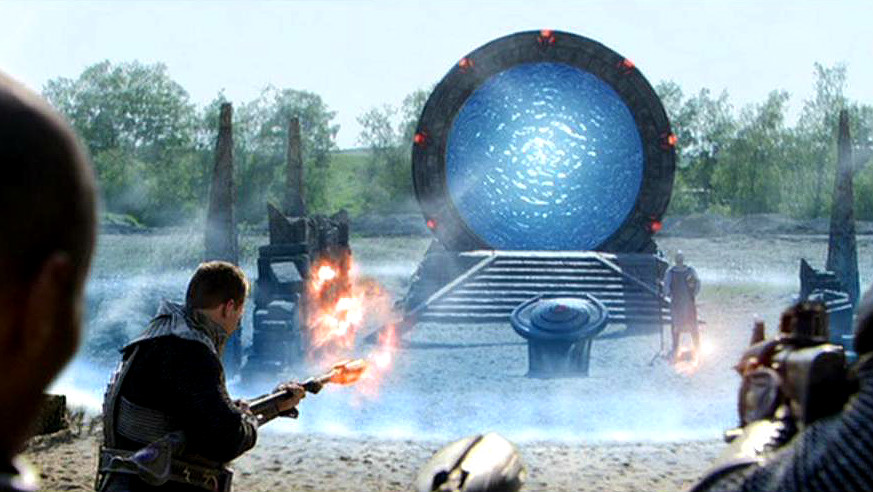 Energy shield developed by the Ori, specifically designed to crush the matter of a planet until it converts into a singularity. This particular force field was designed because calculating the correct amount of energy to travel galaxies is impossible. The Ori developed this field to absorb and convert the energy from Goa'uld and Earth-based weaponry into an energy source for expansion.

Prior to an expansion the field becomes weaker, so too when it becomes larger than it was before. A Mark IX naquadria-enhanced nuclear warhead can give the force field 70% of the power it requires to completely engulf a planet the size of Kallana.

Once the field is a complete sphere it shrinks the planet into a black hole and is destroyed. The following singularity can provide enough power to open and maintain an Ori Supergate indefinitely.

Beachhead - A Prior arrives on Kallana and instructs the people to worship the Ori, but the Ori anticipate their disbelief and use the planet as the location to launch their Supergate, starting with a force field.