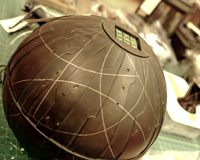 For several years now fans have been able to acquire rare costumes and props from Stargate through third party licensees like Legends Memorabilia, but now you have a chance to get something straight from the source. Vancouver-based Stargate Productions is conducting its own series of studio “legacy” auctions on ebay, featuring key props, costumes, and set decoration taken right out of the lock-up at The Bridge Studios.

The legacy auctions will run for about two months and feature more than 150 items, the studio told GateWorld. Already up for bid are some very recognizable weapons and props, including a zat gun, staff weapon, Tok’ra communicator, Sodan cloaking device, Goa’uld healing device, and more. 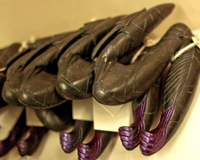 Every item put up for auction will start at only $1.00, with no set reserve price. Why? The studio told us that they want to make the auctions as accessible as possible to everyone, in order to get these pieces into the hands of the show’s fans.

In the weeks ahead look for things like Goa’uld pain sticks, Ori Prior staffs, and even the large, one-of-a-kind bomb used by Baal on board the Achilles in Stargate: Continuum (pictured above).

Visit the official auction site at StargateLegacy.com for auction updates, or head straight to ebay and start bidding!