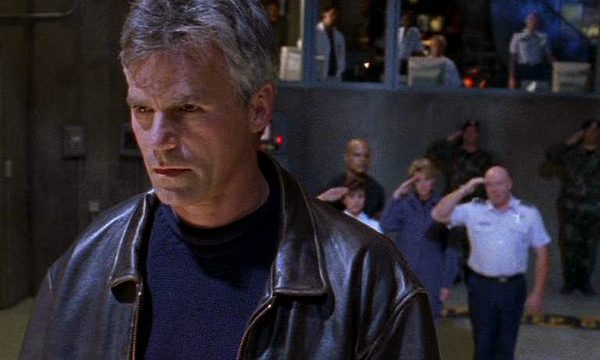 Jack O’Neill steals technology from the Tollan, and is forced to leave the Stargate program — prompting Colonel Maybourne to offer him a spot on his rogue team now working off-world.

“Shades of Grey” on GateWorld:

Download “Shades of Grey” now from Amazon or iTunes!

Rewatch “Shades of Grey” this week! Then post your comments below, or head over to the “Shades of Grey” discussion thread and see what people were saying back in the day. What are your favorite moments?