Who said anything about retirement?  Always eager to get back in the business when the right project comes along, former Stargate SG-1 leading man Richard Dean Anderson has been cast in a recurring role in the new USA Network series Facing Kate.  This according to Fancast.com.

Anderson — SG-1‘s Jack O’Neill — will play the not-at-all generically named “David Smith” in at least five episodes of the series, which begins production Vancouver this month.

Facing Kate stars Sarah Shahi as Kate Reed, “a top litigator who became frustrated with the endless bureaucracy and injustice she witnessed on a daily basis and decided to become the ultimate anti-lawyer: a mediator,” according to a network press release.  Anderson’s character is described by the site as “a charismatic but secretive man who enters Kate’s life shortly after the death of her father. In short order, it is revealed that David has deeper connections to the Reed family.”

Most recently, Anderson has made a handful of guest appearances as General O’Neill on Stargate Universe.  He’s expected to return for Stargate: Revolution, should MGM get the planned SG-1 movie off the ground.

USA has ordered 11 episodes for the first season of Facing Kate, in addition to the 90-minute pilot.  The network hasn’t announced a premiere date yet, but 2011 seems likely.  Stick with GateWorld for more developments. 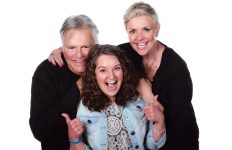 Stargate, ‘Shipping,’ And A Selfie: A Weekend At Wales Comic Con→ 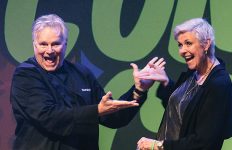 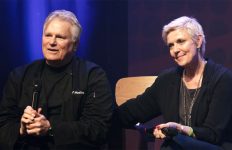 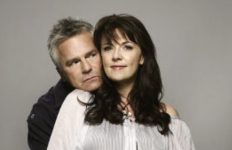 Wow, what a nice surprise! Great news! I’ll definitely watch this new series. After all there’s no such thing as too much RDA ;)

So much for “retiring to spend time with family”.

>So much for “retiring to spend time with family”.<
Well, 5 episodes is a lot different than being the lead actor over a 20-22 episode season – that's a big commitment of time. It will be nice to see him back in a show. I've enjoyed his presence on SGU.

hmm, will check this one out for sure :)

Good to hear, if I keep this serie in mind I’ll certainly watch it, especialy because RDA is awesome!

its not stargate or macguyver so i am not interested.

I hope RDA enjoys working in the new series. I’ll give it a watch for a while. Besides, Sarah Shahi is HOT!

It’s not Stargate but it’s RDA! I’ll have to give it at least one viewing.

I’m very glad to hear that he’s working. I think he’s the sort of person who needs to stay busy doing what he likes.

but I’m not the only one who’s gonna cry a little seeing him do something other than SG-1 am I?