Syfy Channel may have moved Stargate Universe and Caprica over to Tuesday nights as part of its new fall experiment, but there’s still great sci-fi on Fridays. This week Sanctuary returns to start its third season (10 p.m. E/P), starring former SG-1 and Atlantis co-star Amanda Tapping and many other familiar faces.

GateWorld recently caught up with Amanda and one of her partners in crime, Sanctuary director and producer Martin Wood (also formerly of the Stargate franchise). The two were busy on the show’s Vancouver, B.C. set, but took some time out to talk about the larger storylines for the show’s first 20-episode season, the decision to write Ashley out of the show, and their appreciation for the fan community. Amanda and Martin also talk about working with Paul McGillion and Michael Shanks on the show, and Amanda answers the question of whether she thinks another SG-1 movie is going to happen.

Our thanks to Martin and Amanda for their time, and to everyone at Sanctuary!

GateWorld: It’s good to see you again, Martin. How have you been?

Martin Wood: I’ve been very, very busy. And it wears you down.

GW: Too busy to shave, apparently!

MW: If I weren’t a hockey fan, you would probably see a clean shaven person. There are days when I just don’t have the time.

GW: Is that like a solidarity thing? Because Conan O’Brien was in town earlier this week for some shows he was doing here in town and I noticed he had a beard.

GW: Is it a Canadian rule?

MW: Most people who actually value what hockey brings to their lives will give something back. And what I can give back is no whiskers in the sink. [Laughter]

The funny thing is it always makes them win, so if I shave it they will lose so I can’t. 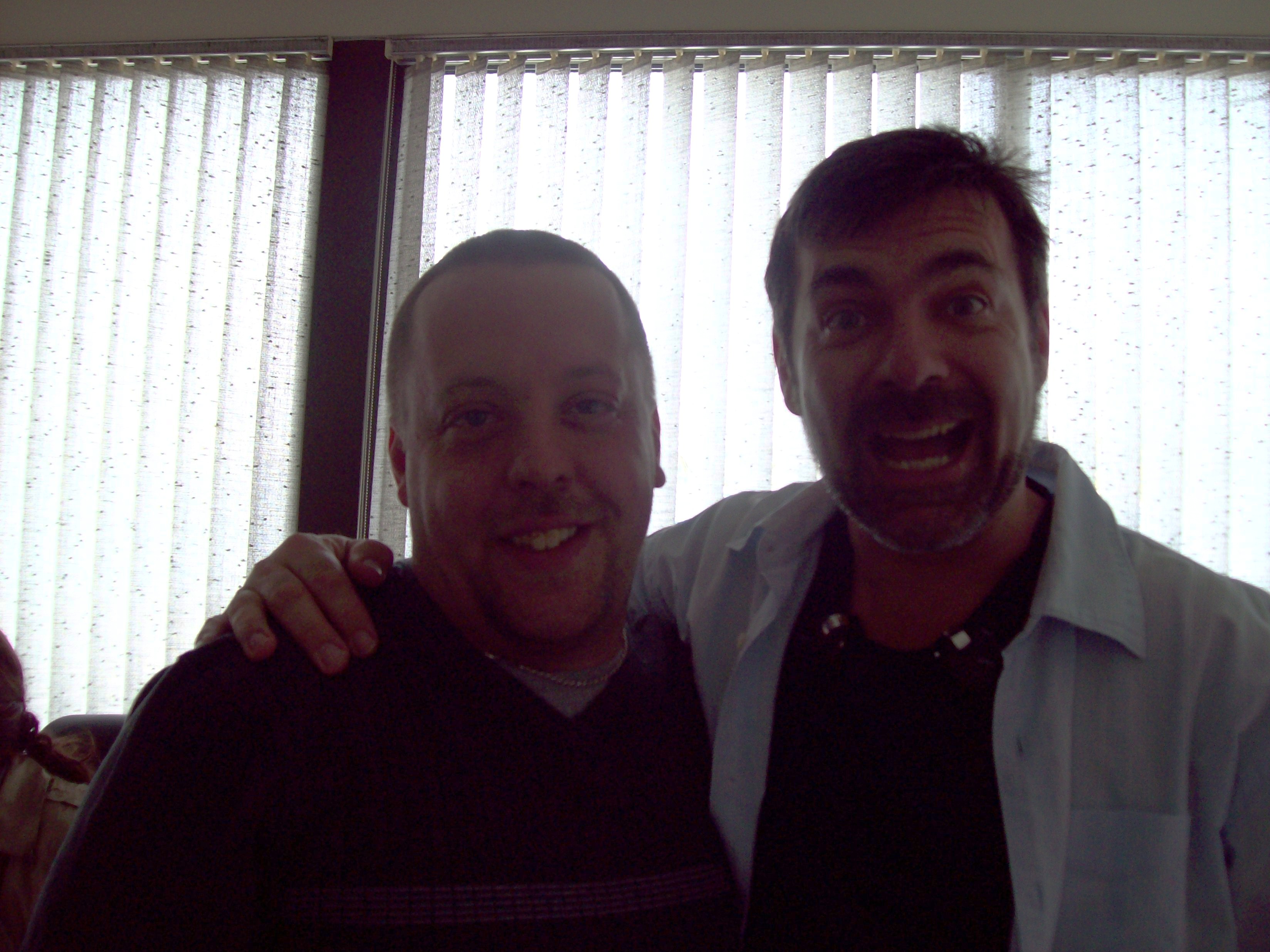 Wood's hockey beard is apparently a necessity during playoffs. Pictured here after the interview with GateWorld's Chad Colvin.

GW: Amanda, it’s wonderful to see you again, as always! How are you?

GW: Congratulations on the third season pick up.

AT: It’s great. It’s perfect because it gives us exactly the ability to do what we want to do, which is to make the show bigger than what it is.

GW: Is that a number you were shooting for or was that a Syfy thing?

MW: We always knew that the show was good enough to have 20, and I think Syfy did too. It was really heading toward the manpower it took to make it and with two good, solid seasons under our belt, it was the year to move to 20. Our reaction was sort of “YAY! … Ohh.” Because we know what we’re like at the end of 13, Amanda and Damian [Kindler] and I. So having to do another seven at the end of it is like “Ohh …”

But inside we’re still cheering, while making that “oh” sound.

GW: Will that allow for some larger story arcs over the first half?

MW: Absolutely. That’s our concentration this year. We’re looking more at arcing some stories and things like that. I think year one and two become more of an experiment of character, of the place that we live and what the Sanctuary is.

AT: Last year felt a bit anthology, and this year we’ve got three major story arcs that we get to play out. Twenty episodes gives you the luxury to do that. So it’s good.

MW: Yeah, and I think we found that voice enough in the second season to feel confident that we can arc some things — now that the audience isn’t saying, “What about this?” “What about this?” They’re able to sort of sit back and say, “OK, great! That’s what happened this week. Let’s take that into next week and the week after and the week after.” And not be calling for new things every time. It still happens. 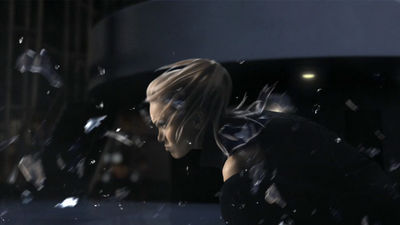 Virtual sets allow for dynamic shots, like Ashley's forced entrance into the Sanctuary in ''End Of Days (Part 2).''

Year three is easily the biggest season we’ve ever done. The first two shows out of the gate are easily the largest shows we’ve ever done. Certainly, looking at Anthem’s visual effects and the reaction we got to the first show — several heads were actually torn off of their necks where they couldn’t believe it, couldn’t stand it. There’s so many visual effects in this. It’s more doing movie numbers on visual effects now rather than television numbers. We’re upwards of three hundred shots in an episode.

It’s a lot of work for them, but they’re the biggest shows we’ve done.

GW: Even just in the last two and half years, have the costs for the visual effects and virtual sets that you’re doing — are they starting to diminish?

MW: No. No, I think the mistake is that when you have virtual models that you’re sort of building sets with them. You’re not really building them, you’re building a repertoire that doesn’t have to keep being built from scratch every time you build something. When we go back into the lab it’s easier for us, but it’s not push a button and there’s a lab. It’s still comping the shots in and stuff like that. It’s seeing parts of it we have never seen before. Because to sit in the same angle all the time, like you would in a standing set, is not why we’re in virtual sets. We’re in virtual sets to be able to give something more than what we have in a standing set.

GW: Dynamic shots that you just can’t do otherwise.

MW: Exactly. Dropping down from 50 feet in the air or being right on the ground and looking up. One of the things we do sometimes when we’re doing the labs right now is we get at floor level. You do that by putting them up on risers in the green screen, but you’re moving along floor level now, which is a very difficult thing to do with a regular set. You’ve got lights above you and all the set stuff. You’re able to do things you can’t do in standing sets.

NEXT: New challenges for the directors