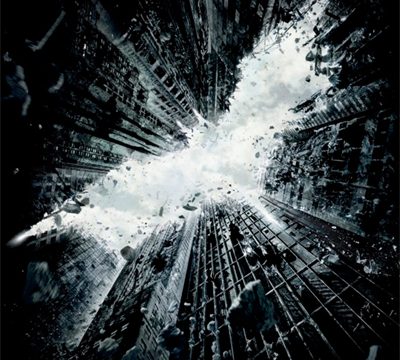 Stargate SG-1 actor Christopher Judge is on his way to the big screen in a big way.  The actor announced Friday that he has been cast in one of the highest-profile genre films of 2012: The Dark Knight Rises, the third (and supposedly final) Batman movie from director Christopher Nolan.

“I can finally confirm: I have been cast in The Dark Knight Rises,” Judge posted on Twitter.

Judge played Teal’c for 10 years on SG-1, and in two DVD movies.  He’s kept a low profile in the acting world since the last Stargate movie, instead focusing his efforts on developing his own fantasy series, Rage of Angels (story).

Following the highly successful Batman Begins and The Dark Knight, the third film stars Christian Bale, Gary Oldman, Tom Hardy, Anne Hathaway, Joseph Gordon-Levitt, Michael Caine, and Morgan Freeman.  There’s no word yet on just what role Judge will play in the film, or how big the part will be. The movie will include multiple villains from Batman lore, including Bane (Hardy) and Catwoman (Hathaway).

The Dark Knight Rises is currently filming, and hits theaters next summer.

McKay and Teal’c in the big leagues glad to hear it they deserve it they are both great actors can’t wait to see them in there movies even if its a small part.

Its gonna be yet another small cameo, like McKay’s. The only person with a post stargate acting career that’s really going somewhere is Jason Momoa.

Never underestimate the importance of camoes in big blockbuster movies. it only takes one casting director to see an actor to change the course of their profile. – Look at Daniel Craig and how he became James Bond.

In the end this can’t be a bad thing for Mr Judge, Mr Hewlett or Mr Momoa. I hope these parts bring more opportunities for all of them.

This is great! I’ve already been looking forward to this since the dark knight, so it’d be fantastic to recognise an actor in it that we’ve followed for 10 years, and even if it’s just a cameo, it’s still a cameo in a big movie.

The annoying thing is that Hewlett and Judge are fantastic actors, and yet it’s Momoa who’s getting lead roles.

@skittles How do you know he is horrible? Have you seen him in anything other than SGA? Maybe his role just calls for him to act like that.

@skittles:
I disagree with you, there; he’s a good character actor who seems to carry whatever material is given to him at the time. Ronin was a character created to be a “loose cannon, carrying a cannon” -type of person on Shepard’s crew, to offset the by-your-orders young Marine that was Ford in Season 1.

Wow this is fantastic, I was already going to see the movie but with Christopher Judge in it, it becomes 50% better! :D

Great, I really hope Mr. Judge gets more than a cameo, he is a great actor.

Great news! I too hope he’ll have a bigger role, he certainly deserves it!

@skittles: I agree, even though I rather enjoyed JM in GoT ;)

I am sure it is only a cameo. Two things speak against a big role. He is black and with 46 years already quite old. Unfortunately older black actors don’t often get big roles in Hollywood movies, especially when they aren’t already famous because of previous work. Stargate is not a mainstream hit, so that work didn’t make him really famous.

I really hope for him, that it is more than a cameo. He is a good actor.

Even if it is a cameo it is still great. One of the best things I like about the raimi Spidermans is because one of my favorite actors has a cameo in all three of them. So here’s hoping to more than a cameo and three cheers for at least a part

Well, there are lot of different kinds of cameos. Michael Clarke Duncan for example had a cameo (or I shall call it very small role) in Dark Knight, but what a cameo it was! It was at the climax of the movie and it left lasting impact.

Never underestimate the importance of camoes in big blockbuster movies. it only takes one casting director to see an actor to change the course of their profile. – Look at Daniel Craig and how he became James Bond.

An that was a sad day for the James Bond franchise.

Judge and Hewlett are great actors. Hewlett gets roles that seem mostly the same to me. I thought that, and the role may have been limited because of the savageness of the role and the different language, he did a great job as Khal Drogo in Game of Thrones.

I am going to throw out a guess and say that Judge will play a character who Bane fights (and beats) in order to develop the Bane character’s fighting skills.

Watching them film the movie in my city is kind of weird. My one friend works on some stuff for the movie, he said a Stargate actor was going to be in this. But I didn’t believe him till now.