It’s now been almost eight long years since the last time GateWorld had the opportunity to catch up with actor David DeLuise. Our first chat, not long after the character he portrayed — Pete Shanahan — was introduced, gave us the opportunity to get to know the latest DeLuise family member to grace the Stargate franchise with their time and talent. But in the years since, many things have happened: the story arc for Shanahan followed its logical conclusion, the actor moved on to a lead role in a popular family television series, and the DeLuise family would suffer a tragic blow as they lost their endearing patriarch.

GateWorld caught up to the actor earlier this fall when he was a special guest during the Chicago edition of Creation Entertainment’s Official Stargate Convention tour. With a lot of interview ground to cover between our chats, we made the most of it, as you’ll read in the transcript below. In this candid interview, David DeLuise goes on the record about Pete Shanahan’s full story arc, taking orders from his older brother [Peter] on the SG-1 set, playing a father opposite actress/singer Selena Gomez, his thoughts on Stargate Universe and the hibernation of the franchise as a whole, the legacy of his famous father, and much, much more!

GateWorld: It has been over seven years since the last time that we caught up with you. Season Seven, I think, shortly after you were introduced, long before you knew what the arc for Pete was going to be in Season Eight. So much has happened, with your character on the show, with the franchise itself, with your family. A lot to talk about in a short period of time.

Pete’s arc — his love for, the engagement with and the ending of the relationship with Sam, against where he saw it going — do you think the way that it was portrayed onscreen was pretty honest, overall?

David DeLuise: I think it was. I think it was good. Even if people didn’t like Pete Shanahan, I think they saw that it was a good thing for Sam to be loved. You know what I mean? If you look at her in some of those scenes, she’s giving it back, too. Isn’t that what we all ultimately want? To love and be loved. So I think those two characters were feeling that. Even if you don’t like Pete, you like Sam, you want her to be loved, right? I think that it was good.

The realistic nature of what was going on was, in my opinion, Sam had to decide whether or not she was going to be the one to move away from their [her and O’Neill‘s] relationship and be with someone. Because I think everybody knows that if they could have been together, they would have. In one of the futuristic flashbacks, they have everybody together — they’re fishing — and I think that put everybody’s concerns to rest about whether they ended up together or not.

I think my character served its purpose to really put Sam in the position of, “What is it that you want?” I’ve said this so many times before that Amanda [Tapping], working with Amanda, she’s the most professional, the most amazing, sexy — 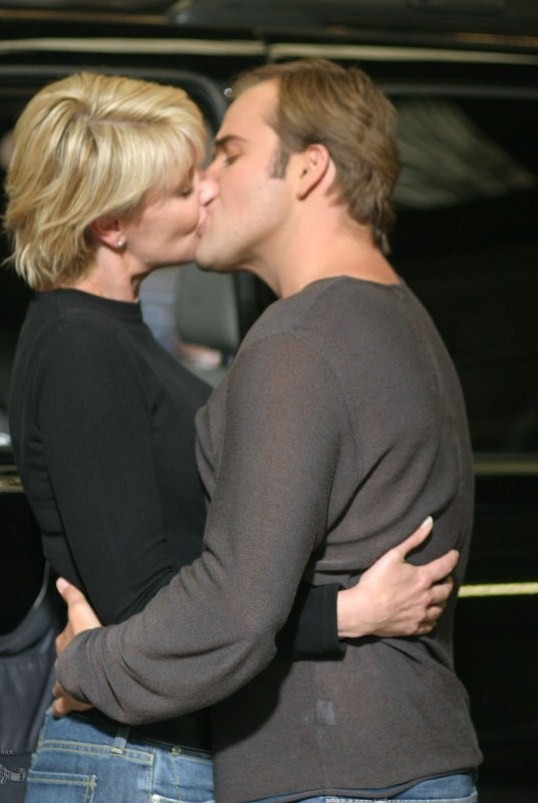 Samantha Carter and Pete Shanahan share a passionate kiss -- a happier time for a couple destined not to be.

GW: A joy to come to Bridge Studios every day?

DD: Oh, it was great! It was really fun and she did all that. Whether she liked me or not as a person, she ultimately made me feel so comfortable that that transferred onto the screen. I’m a big, big fan of hers.

GW: In your own mind, where do you think Pete went after we last saw him in “Threads”? What did he end up doing?

That was the biggest disappointment in his life. That girl that got away. To be honest with you, I haven’t thought about that ever.  But if I were to take a guess, he probably went back to another, old relationship and found out she was not working for any covert, secret agency and married her and had a couple of kids. [Laughter]

GW: The episode “Affinity” in Season Eight, the one where Teal’c goes to live off-base that you were in, happened to be directed by Peter [DeLuise]. What’s it like taking direction from a sibling?

No, it was good. You know, even the first episode that I did that Will [Waring] directed [“Chimera”], I sat down with my brother because he knew the show in and out and how it was important for me to be a little more grown up than I normally am, so that it would be believable that Sam’s character was attracted or involved with someone like me. So even though he wasn’t directing me in that first episode, I was working with him on the character and where to come from.

But he is a very, very good director. Him directing me, we got along great. We’ve been making movies our whole lives. My dad [Dom DeLuise] got us a video camera when we were very young so we had been working together in that kind of capacity for our whole lives. But if you watch him with other people too, he makes it fun. He can have a very serious thing happen but he knows what he’s talking about, he knows what he wants and you have a good time with him. There’s not much else you could really want from your leader. He paid me to say that.

GW: Pretty much the entire family has been onscreen on Stargate. Obviously, Michael, Peter, your dad and you. DeLuises have been integral to the Stargate franchise for many, many years. So many fans miss Dom dearly. Was there any awareness at all, after he passed, as far as the outpouring that was coming from the Stargate fans?

DD: Yeah. I don’t know if I heard anything personally from, in particular, Stargate fans, but there was a massive outpouring of emotion. He’s been gone a little more than two years and, I’ve got to tell you, if not every day, every other day, someone comes up to me and says, “Your father touched me so much. I loved him so much, I felt like he was a part of my family.” Yesterday, a woman said that to me, “I felt like he was a part of our family and he brought us so much joy.”

My dad brought so much joy to so many different people, so it’s not so much that I look at his not being here and I miss him, it’s more, “Look what he did while he was here.” How he affected everybody in such a positive way. He was literally a joy to be around. It was almost impossible not to laugh or smile when you were around him.

And I love that he was Urgo. My favorite part of that whole episode was when he said, “Do you not like how I look? Do you like this better?” and then he popped into Peter for a second and then he popped back out. It was very interesting to see that. 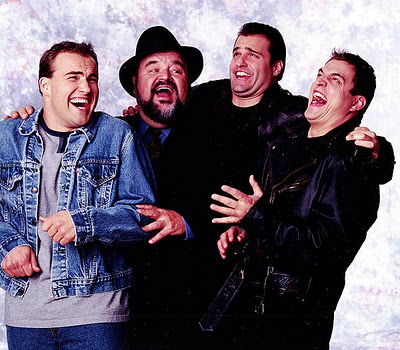 The men of the Deluise family have long ties to the Stargate franchise. Pictured here (L-R): David with father Dom and brothers Peter and Michael.

GW: Have you followed the franchise at all? Did you watch any Atlantis or Universe?

DD: I watched the original Stargate that turned into Atlantis, how they got there and got stuck. I watched those episodes and a few other ones after that.

Stargate Universe, my good friend is Louis Ferreira who played Colonel Young. I was at his house two days ago, hanging out with him and his kids. He’s a good friend of mine. I actually did a bunch of coffee commercials with him maybe about 10 years ago and we just stayed friends. He’s a very gregarious, outgoing, funny guy.

GW: We talked to him about nine months ago, I actually sat down on the phone with him for about 45 minutes. One of the best conversations I’ve ever had.

DD: He’s amazing, he’s such a talented actor, he’s such a thoughtful father, he’s a great friend. He is not Colonel Young at all!

GW: He’s the perfect example of a character actor, somebody that can step in and you may not know him well but you see his work and you can see how much he’s put in to every [character].

DD: Right. And because of him, I watched a lot of Universe in the beginning and also when they changed it up in the second season. Ming-Na, I’m friends with her, I’ve been to her house and I worked with her a long time ago. She’s really sweet and nice. So I had friends that were on the show so I really wanted it to be successful and be good.

I’m talking out of turn because I don’t know exactly what I’m talking about, but I think there was a big movement for the Stargate people to compete with Battlestar [Galactica].  Battlestar had a very different feel and look and they tried to achieve that and obviously it was too far away from what the SG-1 fans wanted to see. Of Stargate fans, you say, “Who likes Universe?” and one person kind of sheepishly raises their hand.

I think Universe — this is just my opinion — was a different twist on a science fiction story and it was just enough of a twist that the fans didn’t want to go with it. And then they tried to recover and make it a little different. I enjoyed the show so I’m sad that it’s over.

GateWorld: I did too. I think five or six years from now, people are going to look back on it and say, in hindsight, which is always 20/20, that they were sad to see it not …

NEXT:  Wizards of Waverly Place, animation voice work, and more

I always think of dom DeLuise in his best role as the Voice of Itchy in all dogs go to heaven/american tale/secret of nimh and always forget he did stargate stuff except for the one episode and damn it was funny.

But really we all know his best gig was the voice roles I have been watching since I was a kid. cant be replaced