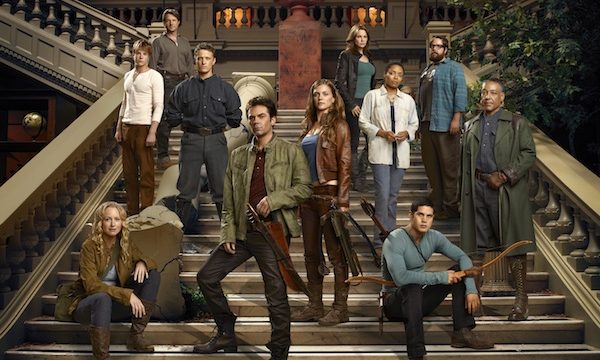 Guinee played Vala’s husband Tomin, a follower of the Ori, in the show’s ninth and tenth seasons, as well as the DVD movie The Ark of Truth.

In Revolution he’ll play Ben Matheson, a member of a family trying to reunite after a worldwide catastrophe that leaves civilization without any form of power — from computers and technology to lights and vehicles. The series is described as ““a high octane action drama following a group of characters struggling to survive and reunite with loved ones in a world where all forms of energy have mysteriously ceased to exist.”

Stick with GateWorld’s sister site, SciFi Stream, for more in the weeks ahead! Expect more details on the show later this month when NBC hosts its up-front presentation for the new fall season. 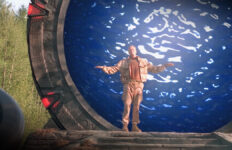 I remember this show; think it was called Jericho. Could be wrong though. Yeah, I’m sure it was called Jericho, had Matthew Perry, Malcolm Jamal Warner, and it was cool, but then it got cancelled. O wait, maybe I’m wrong, Skeet whatshisface was in it, yeah, that was cool too. I was thinking about Jeremiah; yeah, Jeremiah and Joshua, and both got canceled. I wonder if Hollywood realized they’re eating some one else waste? Nothing to see here I’m afraid. But seeing as how NBC and Syfy are the same AWESOME BUNCH OF PEOPLE, Revolution makes perfect sense.

Actually it was jericho that is simalar it sounds like the only diffrence is that a few nukes werent droped all over the country. But then again we wont know until the show starts. If NBC where smart they would bring back SGU!!!!

@bristwenty1 Seeing as how they’re making this,”Smart” and NBC don’t belong in the same sentence. And you know what’ll happen next, when this sinks, and mark my words it will sink, NBC will have the gonads to say that it is clear to them that the populace doesn’t want science fiction shows in Prime Time. Now Revolution is neither science nor is it good fiction, but the dimwads at NBC will call it that. They’ll use the shows failure as an excuse to look for more Glee orientated donkey crap.

Gotta Agree Bris21, SGU definitely deserves to be continued.
As far as Revolution is concerned, I hope they Start and Finish the whole Story in season 1, however long that is, as we all know it’ll be cancelled at the end, just like every SciFi show in the last few years has, except Falling Skies, not that that is all that good.

I believe SGU was originally intended to air on NBC primetime? But the moved it to Syfy last minute when Defying Gravity (maybe another show) didn’t do so hot.
But I agree that a prime time major network would be the best place for season 3 to start.

You guys aren’t paying attention, yes it shares the after-the-ruin-of-civilization story. But it IS science fiction since it talks about “all forms of energy have mysteriously ceased to exist”.

From gasoline to electricity, all forms of energy are gone. That’s science fiction.

Of course, how can anyone still be alive when they in and of themselves are forms of energy.

But the show is still different from those other shows enough.

@EVERYBODY, Read Mrja84’s post and quiver in abstract terror; [You guys aren’t paying attention, yes it shares the after-the-ruin-of-civilization story. But it IS science fiction since it talks about “all forms of energy have mysteriously ceased to exist”.] Need I say more? Technically this isn’t a sciencefiction show, and though I’d want to rage at the above comment, How can I, since this is exactly what a great many people and Network Executives will say. We’re going to have to use outlets like Youtube and the like to air our amateur science fiction shows, and vouch for the youtube partnership… Read more »

I’m writing a tv script where NBC, CBS, Syfy and Wrestling mysteriously ceise to exist… Unfurtunately that indeed falls into the category of science fiction… or rather utopia that’ll never be

This sounds interesting, it sounds a lot like Dies the Fire by SM Stirling and the rest of the emberverse books

Rasgriz, I was thinking the exact same thing. I was actually thinking about writing out a script to the first book, Dies the Fire, but if this show is anything like that, I might just start with Island in the Sea of Time instead.

I liked the concept of Dies the fire better but the characters and story of Island were better developed, if stirling wouldnt have introduced guns into Island it would have been better I think

This show is gonna kick butt. I’ve told people on io9.com when looking at a series that boasts JJ Abrams look at the writers and they have the only other writer I LOVE besides Orci and gang and that is Eric Kripke, Supernatural creator. This show will kick butt. Everyone should give it a chance. I hope NBC does. I truly think if NBC puts effort into it this show will easily give them 5 seasons.