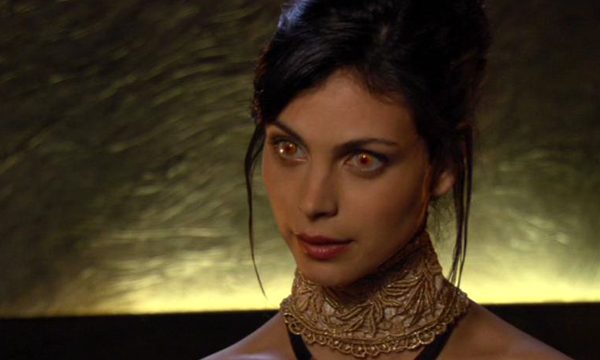 ‘Hallowed are the Ori.’

The month of May brings raindrops, new flower buds, and the final season of Stargate SG-1! We’ve reached a milestone for the Stargate Rewatch, as this month our worldwide community rewatch project reaches the end of SG-1’s journey.

Join us all month long for this leg of the Rewatch! Blog, tweet (#SGRewatch), or post on Facebook about your own rewatch progress as we enjoy Season Ten of SG-1. Reflect on the best (and worst) of the show, and join the conversation here and at GateWorld Forum. We’re watching one season per month, or about five episodes per week. So relax with Stargate every night after work or school, or save them up for a weekend mini-marathon!

After Season Ten we’re also including the wrap-up movie The Ark of Truth in this month’s rewatch, as well as Stargate: Continuum.

Here’s your intro to Season Ten and the SG-1 movies, including links to everything related on GateWorld. 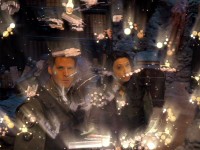 The Ori storyline reached a fever pitch at the end of Season Nine, as the invasion fleet arrived through the Supergate to conquer the Milky Way Galaxy by force.

As Season Ten begins, Earth and its allies are reeling from a devastating defeat and desperately need a win. Leading the Ori invasion is Adria (guest star Morena Baccarin), a mortal woman sired by the ascended beings — and the daughter of SG-1’s own Vala Mal Doran. Alliances would be tested, an Ancient ally rediscovered, and one of the team’s very own converted to the service of the Ori.

Come back in a couple of weeks to cast your ballot for the Season Ten Awards!

For me, the best Tealc moment occurred at the end of the episode featuring Vala’s father. Priceless.

Things to watch for this season:
– A Brazilian actress playing the role of orici =) (Just for Brazilian fans)