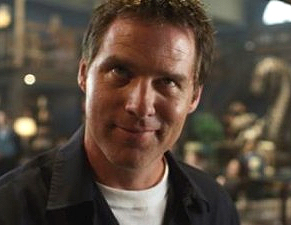 Ben Browder is in theaters this weekend, with his new indie film Bad Kids Go To Hell opening today in select theaters in the U.S. (next week in Canada). Browder talks about the film in a new interview with the Mighty Movie Podcast.

The movie is hilariously described on the show as “Like The Breakfast Club … but with dying.” The Stargate SG-1 star plays Max, a high school janitor in the comedy horror thriller.

Listen to the whole discussion at the Mighty Movie Podcast, and visit the movie’s official Web site to see if it’s playing in a city near you.