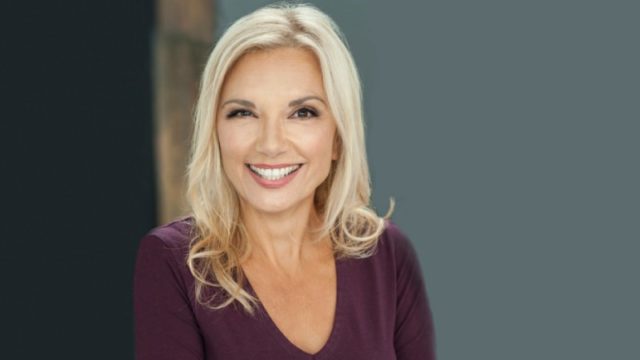 After a 2-year forced hiatus the Gatecon fan convention is prepping its big return to Vancouver, British Columbia. Organizers have now announced the official dates and more than a dozen additional guests for next year’s Gatecon: The Celebration.

This year Gatecon’s organizers are marking 21 years of celebrating Stargate, the shows’ casts, and the crew through the fan-run convention. The next event will take place September 1–5, 2022, at the Sheraton Vancouver Airport Hotel in Richmond. 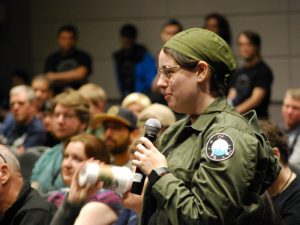 A fan stands up to ask the panel a question at Gatecon: The Invasion in September.

And it’s a chance to hang out with other fans who understand your passion for Stargate! The convention draws hundreds of fans from all over the world to one of the most beautiful cities in the world — where the Stargate television franchise was filmed from 1997 to 2010. 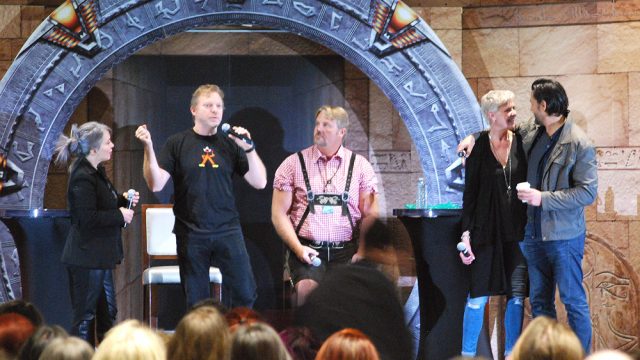 Tickets are now on sale at four different tier levels, running from the “Nox Ticket” ($199 USD for the week) all the way up to the “Ancients Ticket,” with a front-row seat, extra bonuses, and a VIP meet-and-greet (plus autograph and photo op) with Ben Browder ($799 USD). Keeping with the theme of the Four Great Races, in between these are the Asgard Ticket ($299) and the Furling Ticket ($599).

Gatecon is sure to be the big reunion that the Stargate family needs after a 2-year pandemic and recovery. “Gatecon: Full Circle” was originally scheduled for 2019, postponed to 2020, then held as a series of online streaming events. The last in-person event was held in 2018, with a final guest list that ran over 40 actors, crew, and more.

Order tickets now at Gatecon.com, and look for plenty of additional announcements from Gatecon in the months to come! Meanwhile you can keep tabs on this and other upcoming Stargate events at GateWorld.net/conventions.

Er… what? What does cocoa have to do with COVID-19?

Hi there Crew! I am brand New! I recently started watching Stargate, as I had Surgery and needed something to watch while I was mending! I got Curious and jumped in! I kinda fell in actually! Although it’s Fictional, It made alot of sense!! Tying Ancient Archeology, to History, Mythology, the Constellations; with the Exploration of Galaxies beyond our own🌍 all in the care of our own Air Force!. My Father was in the Air Force. I grew up in a Military Town, so it was pretty special to have that aspect as well. I really enjoyed that. The show… Read more »