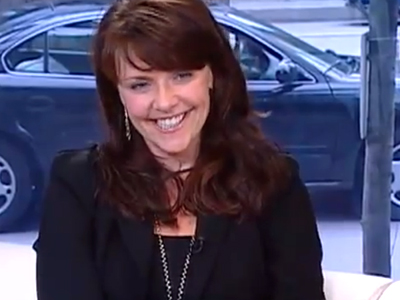 (Editor’s note:  The contest has officially closed, and we are in the process of validating the winner.  If you have entered, please continue to check both your forum inbox and the e-mail address you used when registering for the forum.  In the event the winner chosen is unable to formally accept the prize, a new winner will be drawn.  Until the winner is validated and accepts, it is still possible you may win!)

After saying farewell last year to the Vancouver edition, it’s now North America’s only official Stargate convention.  And if you’re lucky, we’ve got your tickets to get in!

Now entering its tenth year, Creation Entertainment‘s Offical Stargate Convention will visit the Chicago area in mid-August.  Taking place at the Westin O’Hare, the event will run from August 16 to Ausust 18, and promises a very full three days of Stargate celebrities and fun!

While the celebrity guest list for this year doesn’t include any cast members from Stargate Universe, a great mix of fan favorites from the prior two shows will be on hand.  Scheduled to appear thus far are:

With Chicago being the only official Stargate con going forward, demand to attend has been extraordinarily high, and the Gold Weekend Passes have already sold completely out.  However, through the generosity of Creation, GateWorld is giving away a pair of Preferred Weekend Passes to the event.

These two Preferred Weekend Passes are valued at approximately $520, and will provide the winner and their guest with:

GateWorld’s editorial staff will be there — would you like to be there, too?  Then simply head over to the contest thread in the GateWorld Forum and answer the question “How did you become a Stargate fan?”  Register first if you’re not a member of the forum yet. It’s quick, and it’s free! (Remember that if you already have a GateWorld account for commenting here on news stories, you still need a separate account on GateWorld Forum to post over there.)

We’ll randomly choose a winner on April 1, 2013 — and they will be notified via the forum.  You must be 18 years or older to enter, and only one entry per person, please.  Duplicate entries will result in disqualification.

IMPORTANT:  This contest provides the winner and guest with tickets to the convention only.  The winner and guest are responsible for all other issues involving con attendance.  Airfare (or other travel expenses), hotel accommodations and other incidentals are not included.

my husband got me into stargate atlantis first, he had the series on dvd, and we have ready watched the series twice in a year….we are now finishing up our 2nd run of sg-1, this time with our newborn (who we almost named teyla)……we hardly watch anything else, but when we do we can always spot an sg alum….

I was 12 and I loved the movie but was never allowed to watch it because it was PG-13. I couldn’t wait for the premiere of SG-1 on Showtime and low and behold…full frontal nudity. From then on I was allowed to watch the original movie.

I’m so impressed and happy there is still such demand for Stargate!

hi:
been a fan of SG-1, atlantis and universe. for the past 8 years i have been attending stargate conventions all in gold passes, for chicago. i’ve recently been unemployed and cant afford to attend this year. for me conventions are meeting up with old friends, and meeting all the stars of course. i love stargate and would have bad day at work, stargate would always put a smile on my face :) i would love to win these tickets, as i have never won anything in my life. would be sooo cool. thanks, have a great week, james watson.

I saw Amanda Tapping in Sanctuary, watched all seasons of it and when I found out it wouldn’t be coming back I started watching SG1 and am now on Season 5. Besides the movie that’s all I have watched since I am watching them in order! Love it! ♥

My ex-gf grew up in a very sci-fi filled household. I had seen the movie growing up, but not the show until about 2004. We watched it every day out of order, and eventually when it made its way onto hulu and netflix I was able to watch all the series and episodes in order. I’ve loved every episode and plot line, but what I enjoy most has always been the mythology behind it all.

I first started watching Stargate about 5 years ago. My brother introduced me to it. We started watching it because our cable got turned off because we fell into some hard financial times. I really like sci fi shows so my brother suggested we watch Stargate. I checked out the dvds from the library. We first watched all the season so SG1 and the moved on to SGA. I always wanted to go to a convention because I live so close to Chicago but never go the chance. It would be really cool to win these tickets.

Just a reminder to please head over to the Forum,and post your entries in the Contest thread by the closing date.
(If you haven’t already posted there,of course!)

All the best everyone,and good luck!:)

I actually became a super fan while unemployed (Don’t try teaching high school students, a major head ache). Thanks to Netflix, I was hooked, getting through SG-1, Atlantis and Universe. I didn’t forget the movies either. It was all great and I am thankful for the series 3 fan fiction from Laurence Moroney. I am headed on a cruise in April and have all the screenplay’s on my ipad. I wish it were still around, I think Stargate is the best show created. I have never been to a Science Fiction convention and I would like nothing more than to… Read more »

I have always been a sci-fi fan, starting out with Star Trek, of course, when I was a preteen. But sadly I have only recently been introduced to the Stargate franchise. I caught up on all three series and the movies on Netflix this summer. I found myself very sad when I came to the very last and found myself wanting more. I wish I had been a follower while the shows were still in production. I’m still hopng for that Atlantis movie. They can’t just leave us hanging with no conclusion to the Wraith conflict, can they? I’ve become… Read more »

I have loved Stargate since the 1st movie and introduced a ton of my friends to the movie and shows. I been sick the past 2 years and I have not been able to attend the conventions due to illness, loss of job, savings and my retirement. My sister celebrates her 50th birthday this year and this would be the greatest present I could give her for looking after me. Please help me make a birthday wish come true.

Has the winner been validated/accepted yet? Just wondering since the ‘Editor’s Note’ hasn’t changed for awhile. Thanks!

Good luck to the winner!! I won the Gold Weekend passes last year (thanks Gate World) and I had so much fun at my first Stargate Con!!!! It was an early 30th birthday present to myself! My boyfriend will be attending this year with me (his first!!! So excited!!), and he is so psyched!! I promise to hug the winner this year, the way everyone hugged me!!! :-) See you there!!