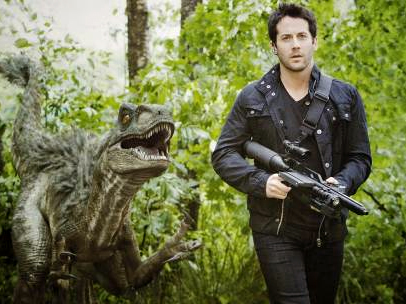 Syfy Channel has had enough of its weak performance on Saturday nights, and is preparing to burn off the remaining episodes of acquired originals Sinbad and Primeval: New World with day-long marathons.

The next week, on August 10, Primeval: New World will wrap up with a 13-hour marathon including six episodes not yet seen in the States (10 a.m. to 11 p.m.).  The show counts Stargate‘s Martin Wood among its executive producers, and Andy Mikita and Amanda Tapping on its list of directors.

The series were originally slated to air through August.  But they were never expected to perform all that well on Saturday nights, where its B movies usually do well — but scripted series don’t.

Both shows have already been dropped by their home networks (the U.K.’s Sky1 for Sinbad, and Canada’s SPACE for Primeval).  Though the producers of New World hoped a strong performance in the U.S. might be able to revive the show, things look to be going from life-support to an early grave.

(Via The Futon Critic) 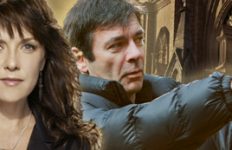 Too bad about Primeval. It’s actually starting to pick up speed and has been an enjoyable series, despite the sort of “dinosaur of the week” story lines. I prefer it to all the paranormal/ghost reality shows…

I saw this coming. Primeval:New World just never got it together. Nowhere near the quality of the original. Sinbad was abysmally bad.

So when is Syfy finally going to stop screwing around and bring back series people actually want to watch (big ratings), like Stargate SG-1 and Atlantis…? What are they waiting for??

Ive been watching on Hulu, I love the show. What a disapointment oy just got really good!!!!