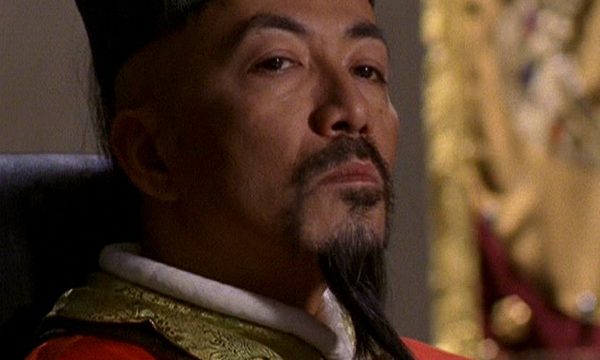 Here at GateWorld we’re kicking off 2014 with a brand new weekly feature (or two … stay tuned)! Each week we’ll pick an episode from Stargate‘s amazing, 14-year history on television and relive all the great moments. And you’re invited along for the fun!

Each week’s featured episode will be drawn from either Stargate SG-1, Atlantis, or SGU, though not entirely at random: we’re picking some lesser known favorites, great episodes that have been a bit more overlooked than the big-budget premieres and finales.

If you’re a hardcore Stargate fan — or if you just think it sounds like fun — we encourage you to pop in the DVD and watch this episode at some point during this week. Then come back here or head over to the episode thread at GateWorld Forum to talk about it!

We’ll also post interesting tidbits and links to content from the GateWorld archive that’s related to this episode.

Ready for the first installment? Off we go! 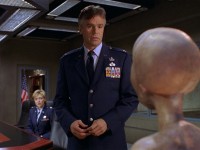 The Asgard aid Earth in negotiating a non-aggression treaty with the Goa’uld System Lords, but things go horribly wrong when Cronus, Yu, and Nirrti visit Stargate Command in person.

Rewatch “Fair Game” this week! Then post your comments below, or head over to the “Fair Game” discussion thread at the forum and see what people were saying back in the day. What are your favorite moments?

Mini podcasts after each episode??? ;)

My life has been Stargate free for too long. I’ll be firing up the DVD player tonight!

Will do Love that one watching now!

Daniel: “Excuse me. Sorry for interrupting. What just happened?”
Jack: “Apparently, we said hello, insulted each other and broke for recess.”

Actually, I did not think to write dialogues completely. But it is very difficult to choose. Because I love every moment, every phrase, gesture, facial expression. I still do not understand how it was possible to close this franchise.

Hoorah Gateworld back in the game, just firing up the old dvd player now

Daniel: “The second Goa’uld representative we are expecting is Yu”

This is great stuff here. I applaud you for keeping this community going. I miss SG in a whole but really miss SG-1. It was such a great series. I’m halfway through this ep but fear that it will lead to binge watching since I’m watching it on through Amazon Prime.

Teal’c
“….but I will NOT see to the petty needs of these Goa’uld!

Dr J
“I’ll see to the petty needs of the Gould sir!”

I always did enjoy that episode. I’m a big fan of both Yu and Nirrti.

Nirrti = hottest gou’uld of all time :)