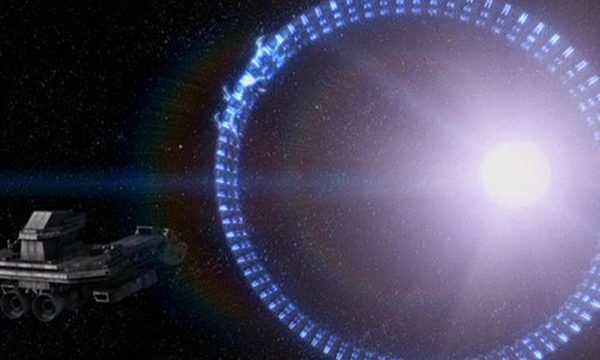 Samantha Carter returns to Stargate Command when the Ori seize control of a planet, using an expanding force field in an attempt to gain a foothold in our galaxy.

Rewatch “Beachhead” this week! Then post your comments below, or head over to the “Beachhead” discussion thread and see what people were saying back in the day. What are your favorite moments?

I really enjoyed this episode right up until the very cheesy dialog that caused Vala’s departure. “…idea has to be outside the box.” “…big old set of bolt cutters…”

Oooh. Too far outside the box. Get closer to the box.

This is one of the BEST Stargate episodes of all series. The Ori had some of the best episodes going and this one really did get the ball rolling. It really showed the power of the Ori and made them a deadly and “real-Gods” powerful threat to face! My only gripe with the Ori was the terribly weak ending they got in The Arc Of Truth. But otherwise, they were truly awesome!!

This was one of those episodes that definitely don’t mind watching more then once. This episode was a nice build up episode. It was sad to see Vala get ignored all the time especially when she was on the right track with her idea at the end.