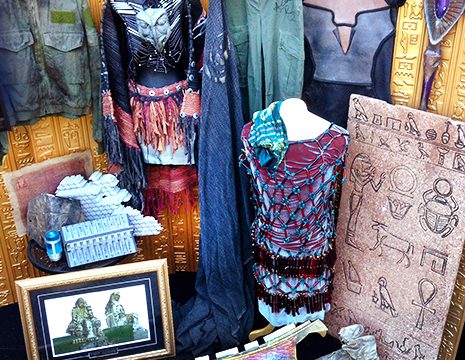 Here’s another chance to own a piece of Stargate history: Legends Memorabilia will auction off original props, costumes, scripts, and more from the set of Stargate SG-1.

Legends plans to auction off around 100 items from Stargate SG-1 — including original set-used props, screen-worn costumes, set decoration, art and autographs, and more.

Stargate SG-1 aired from 1997 until 2007. The show’s main set and much of the prop and costume vault remained intact for another couple of years. Today, the show’s history and artifacts are in the hands of its fans.

Visit StargateProps.com for more details and to place your bid!

And where is the auction taken place???

“Visit StargateProps.com for more details and to place your bid!”

Last sentence of the article.