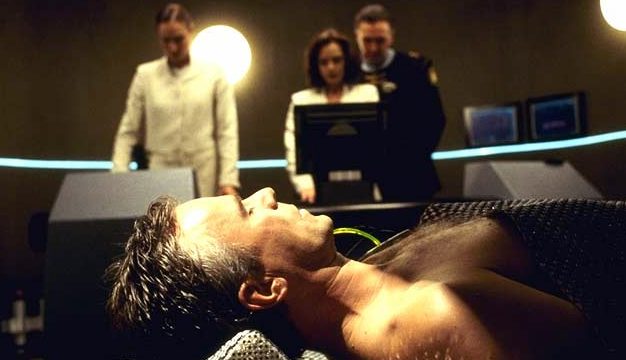 Jack O’Neill, Samantha Carter, and Daniel Jackson awaken from cryo-stasis in what appears to be the S.G.C. — almost 80 years in the future, where they are asked to recall key events from their journeys.

“Out of Mind” Facts:

“Out of Mind” on GateWorld:

Download “Out of Mind” now from Amazon or iTunes!

Rewatch “Out of Mind” this week! Then post your comments below, or head over to the “Out of Mind” discussion thread and see what people were saying back in the day. What are your favorite moments?

Love Love this episode. Much to absorb for Shippers!

I love the more classic episodes. From this and Into The Fire, I was really wanting to know whatever happened to the Tok’ra that was in the episode. Did she end up escaping or did she die?