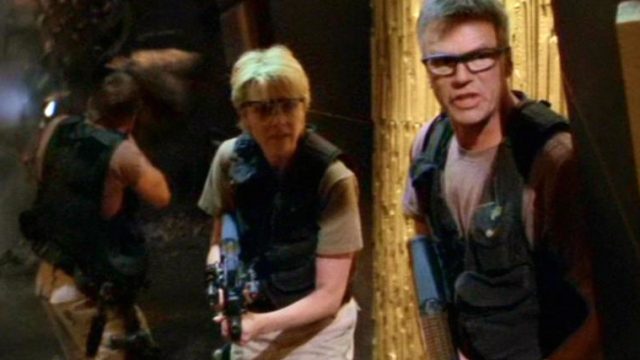 SG-1 finds themselves stranded in a crippled ship in a distant galaxy — with Apophis threatening to destroy them. Teal’c is brainwashed and made loyal to Apophis once again.

Rewatch “Enemies” this week! Then post your comments below, or head over to the “Enemies” discussion thread and see what people were saying back in the day. What are your favorite moments?

One thing I didn’t get was how was Apophis able end up in the same exact spot as the team? I just thought this was too much. Lol