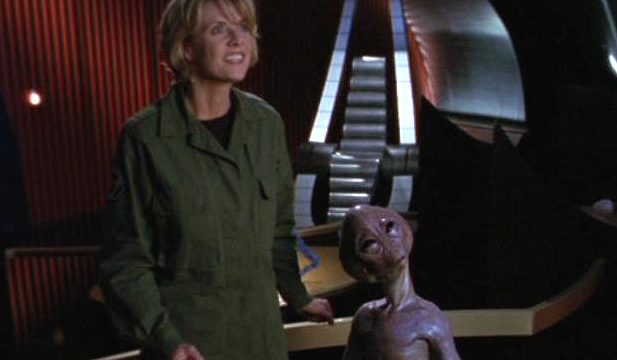 O’Neill and Teal’c risk their lives to keep the Replicator bugs from gaining a foothold on Earth, while Carter helps the Asgard fend off a Replicator invasion.

Again, not a bad episode at all but, how in the hell did they keep the bullets from bouncing in the sub?