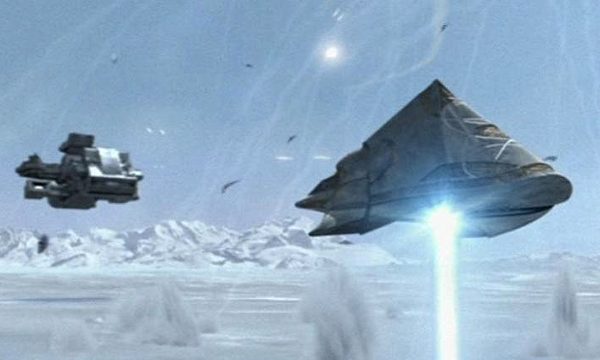 O’Neill goes to great lengths to keep the Ancients’ knowledge from falling into Goa’uld hands when the team discovers a second repository. Meanwhile the President replaces General Hammond with a civilian diplomat, and Anubis begins a systematic assault on Earth.

Rewatch “Lost City” (Parts 1 and 2) this week! Then post your comments below, or head over to the “Lost City” discussion threads and see what people were saying back in the day. What are your favorite moments?

Bless Don Davis, I will always miss you. He was just a terrific presence on the show. I loved him.