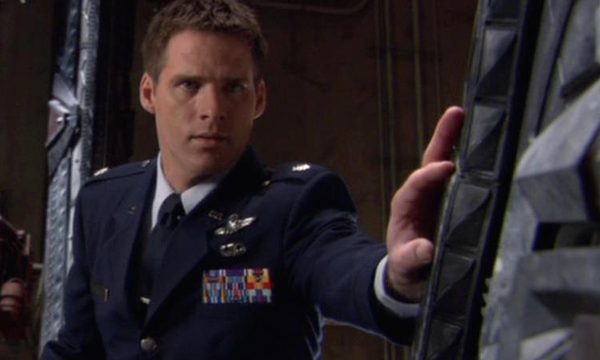 Air Force pilot Cameron Mitchell attempts to reassemble SG-1 after the team members have gone their separate ways, and an old “friend” arrives on Earth asking for Daniel’s help in finding an ancient treasure.

After an Ancient communications device renders Daniel and Vala unconscious, they wake up with their minds inhabiting the bodies of two strangers in another galaxy.

Rewatch “Avalon” (Parts 1 and 2) this week! Then post your comments below, or head over to the “Avalon” discussion forums and see what people were saying back in the day. What are your favorite moments?