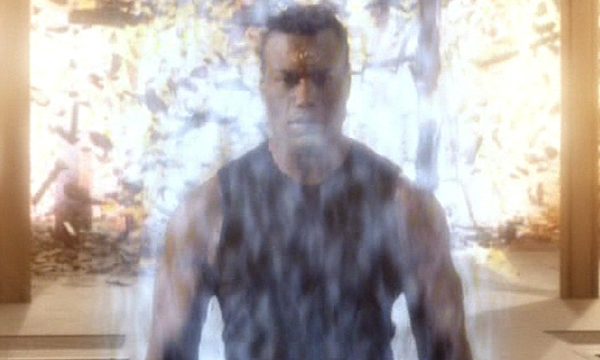 Trapped on board the Odyssey, the members of SG-1 must live out the rest of their lives together when Carter activates a time dilation field to save the ship from destruction.

Rewatch “Unending” this week! Then post your comments below, or head over to the “Unending” discussion thread and see what people were saying back in the day. What are your favorite moments?

I thought Unending it was dreadful. SG1 confined to their ship, in a sad story that feels like a waste of acting talent and production resources. Unlike Star Trek The Next Generation, Buffy The Vampire Slayer, or the re imagined Battlestar Galactica, SG1’s final episode feels like the worst excesses of Star Trek Voyager with the dreaded reset button present and correct. If this was the direction SG1 was going to head in, perhaps this great series really did quit while it was ahead. I am just grateful we then got The Ark Of Truth, which did complete the Ori… Read more »

Another episode where ultimately Teal’c is the hero.

As davecs pointed out, the Pegasus Asgard were revealed in First Contact, not Be All My Sins Remember’d.

…And I also kinda have to agree with Thunderbird 2. I think it was the worst season finale of the franchise. Stargate is known for having some of the greatest season finales… basically in all of television. Unending was by no means a bad episode, but… it wasn’t great, and it wasn’t the ending SG-1 deserved. At least The Ark of Truth and Continuum were pretty amazing.

Ack, for shame! I actually caught the “Lost Tribe” error while reviewing this post yesterday, and promptly forgot to correct it before setting the post to auto-publish this morning. Fixed.

My biggest with this “ending” was no Jack. If you are over budget and you know you are filming your last episode, you cut something to bring back the person that made you. This show would have died in Season 1 without Richard Dean Anderson. Sorry you find a way to make sure he and Jack O’Neill are part of the ending.

Do you know if the show tried to get him for the finale? I don’t, so it could have just been his schedule was full.

RDA did not “make” Stargate SG-1. He brought in a bigger fanbase, but those people had to enjoy scifi if they wanted to stay.

I think the show was made with the collaboration of the cast and crew, not just one man.

As far as I’m concerned, “Moebius” will always be the true finale of SG-1. “Unending” was the worst example of a ‘bottle’ show, people just sitting on a set and talking.

I have to agree with the majority here– Unending was an average (leaning toward less than average) episode, but a horrible season (much less series) finale. I want team moments, Jack, a bold adventure, and a little action. What we got were boring conversations on a ship. Full Circle, The Lost City, Mobius– all of these are examples of how to end a show (and as I recall, all of those were originally written as a potential series finale). @Mrja84– RDA did indeed make SG1, at least during the early years. His name was above the title– many of the… Read more »

Rick may have contributed to most of the success of the first season, but I think its was the chemistry of the cast that grew more close together around the 3rd season, and every season after that. I think the strong bond with SG1 characters also contributed to the long success. If you have ever served in the military, it really does that feel. The story telling was awesome and adding constant humor instead of non stop techno lingo also drew in a broad of viewers that weren’t die hard sci fi fans. As far as “Unending” it was ok… Read more »

I have to disagree with most on this episode– I loved it and it remains one of my favorites. It told a great story about the core characters of the show and left the series open for future stories.