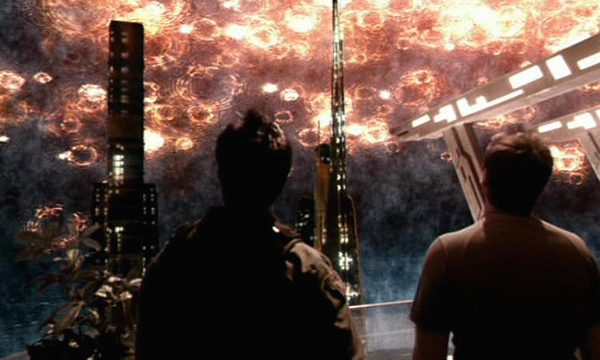 With a group of Wraith hive ships on the way to Atlantis, the team searches for a place to flee and a way to destroy the city. McKay leads a team to try and activate the Ancients’ orbital weapons platform, and a connection with Earth delivers a military contingent to defend the city.

“The Siege” on GateWorld:

Rewatch “The Siege” (Parts 1, 2 & 3) this week! Then post your comments below, or head over to the episode discussion threads and see what people were saying back in the day. What are your favorite moments?

So sad to see the end of Peter, but so amused by the Rodney shreek.

I liked these episodes.