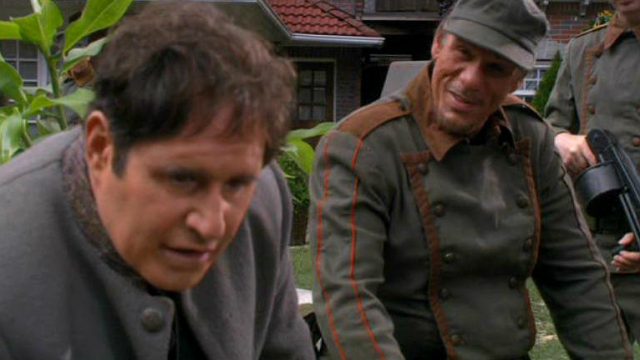 Lucius Lavin pays a group of Genii to take a dive so he can look like a hero to the residents of a hapless planet. But when he double-crosses them, they demand retribution — as does Commander Kolya.

Rewatch “Irresponsible” this week! Then post your comments below, or head over to the episode discussion thread and see what people were saying back in the day. What are your favorite moments?

Got to give it to him, Kolya was a great villian. ALMOST, sorry to see him go, the acting was well done.