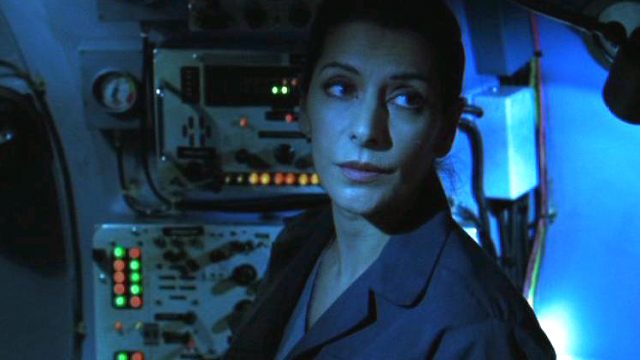 Rewatch “Watergate” this week! Then post your comments below, or head over to the “Watergate” discussion thread and see what people were saying back in the day. What are your favorite moments?

I enjoyed this episode, although I could live without the underwater peril. Going through the Russian Stargate had some of the wonder of the first venture into the Stargate for some reason. Marina’s accent was just as odd as her one as Deanna Troi, but it was good to see her.