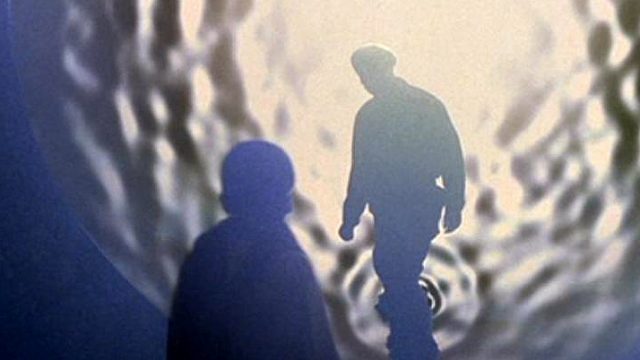 The much talked about plans to reboot the Stargate franchise with a new feature film — the first in a planned trilogy — is facing a bleak future, according to producer and Stargate co-creator Dean Devlin.

In a new interview with Empire Magazine published today Devlin said that the project has fallen apart.

He explained that part of that is due to his own desire to do it right, to tell the story that he and director Roland Emmerich wanted to tell when the original Stargate movie was produced independently and then sold to MGM for distribution in 1994.

“It’s one of the reasons I prefer to work independently,” Devlin said. “Listen, I think if we did Stargate right, the fans would like it and we could do something really good. But if we screw it up, they’ll reject it. As they should. But I kind of don’t want to do it if I think that we’ll screw it up, and that’s one of the things that’s holding us back.”

The production company hired writers in February of 2015 — Nicolas Wright and James A. Woods, who also worked with Devlin and Emmerich on 2016’s Independence Day: Resurgence, another revival of a classical 1990s film. But in the months since then there has been little public word of the project’s progress.

Of course this doesn’t mean that the stars won’t align again down the road, as MGM — the studio that owns the rights to the franchise — still seems keen on resurrecting Stargate.

Devlin is currently promoting the new season of TNT’s The Librarians, which he executive produces.

Head over to Empire for more of its interview with Dean Devlin. And keep it locked on GateWorld for more as this story develops!

Thanks to Aaron for the tip!

There is a really good piece of good news in this… They rather cancel (or postpone) than give us a crappie movie.

Somehow this give me a lot more fate in their plans than I had previously, since I was expecting a “independence-like” movie which would have been a killer to the Stargate franchise.

I’m astonished to see a green light for the 3rd film of Independence Day when the 2nd one was so dreadful.

As much as I was looking forward to more Stargate, perhaps it’s better that they not do anything further.

He may have a point. They sold it to MGM. There is now established history of Stargate. I don’t want it to see it messed up. If the second ID movie was any indication then yeah, I wouldn’t want them touching Stargate again anyway. They keep saying they want to tell the story they originally wanted to tell. Well, since they have to change the first movie then they have to change their story anyway. As much as I would want more Stargate, don’t ruin it.

I expected the Stargate reboot would be cancelled after the terrible reception of Independence Day 2. I think the studio realizes that Devlin and Emmerich have lost their ‘magic touch’ and would ruin any reboot. I have no doubt that a Stargate reboot (movie or TV) will return in the hands of different producers in the future.

I am not surprised at all about this. Unless they continue the SG universe on the small screen, I say leave the Stargate franchise alone. Especially if the new Independence Day is ANY indication of how terrible they would make it.

I’m fine with re-watching SG1 and Atlantis on repeat. But I’d be all for a continuation of the same universe.

Well this all begs the question of whether this could mean another TV series? I mean at this point i cant see them reviving any of the past series as too much time has passed, but this doesn’t preclude the possibility of another series which could be based at some point after the and of Universe/Atlantis and could incorporate elements for the previous shows/canon. With Star Trek discovery coming next year, assuming it is a hit (which remains to be seen), there is likely to be an increased appetite for Scifi tv shows and what could be better than a… Read more »

“Listen, I think if we did Stargate right, the fans would like it and we could do something really good.”

If they want to do it right, why change what has been right with SG-1, Atlantis, and SG-U?

Yet another cancel. :( There is so much wrong with this I don’t know where to begin. It seems we need a Bill Gates, or somebody like that to say “Screw this, we’re gonna have gate-travel” … or it simply is never going to happen. That’s just my take on it, and I hope I’m wrong. J.S. of SFST

I will always appreciate the original Stargate movie because it gave life to SG-1 (Show and movies), SGA and SGU. And the fact that they want to do the movie right for the fans gives me great hope that ***IF*** they do make a movie it will be worthy to take on the mantle of Stargate. That said, I would rather them either start a new show, or pick up and give us a SGU movie to wrap up that insanely loose thread. Or make a new series that is of the same quality of SG-1, SGA and SGU. Although… Read more »

Look, I enjoy Devlin’s TV work. I LOVED “Leverage” & enjoy “The Librarians”. However, if “Independence Day: Resurgence” is any indication of what he means by “doing it right”, then I think it’s better that this doesn’t happen. Like everyone I would love a conclusion to SGU, but it’s just not going to happen.

The massive disappointment that was Independent Day insurrection is probably the reason the film has been pushed back.

ID2 was meh and didn’t hit it’s numbers. I also thought SG The Movie was garbage as well. It’s a chore to sit through. SG-# belongs on TV. Someone needs to buy out the franchise from MGM. I can see offering a low monthly fee for new internet based content.

I’m really hoping they take this opportunity to ride the wave of already successful TV programming. If they are scared that rebooting SGU will not succeed or can’t get the actors back together etc…than boot a new series that at least ties up loose ends with old shows and then takes off in a new direction.

Netflix/HBO/AMC/Anyone should buy the rights to Stargate, or work out a 50/50 deal with MGM. Not a reboot but a “new story” for new and old fans. Continue the same canon as the current show but set it further in the future. Include references/resolutions to the previous TV shows for old fans but keep it relatively self contained for new ones. Such as name some of the bases/ships after previous SG characters. Mckay Offworld Research Base, the E.Wallace Science vessel..you get the idea. Start with the Stargate being revealed to the public, then jump X amount of years and start… Read more »

It might be an opportunity in disguise. In order to get us the continuation of some the previous series.

Or to develop an entirely new one.
Like Atlantis lead to Stargate Atlantis.
The “The Torment of Tantalus” might do the same.

I would like to see Netflix owning the rights. Instead of those who rather leave it on a shelf.

Do Gooder Press - Where’s Daniel Jackson when you need him?

[…] was released alongside that upcoming Stargate reboot we’ve been hearing about, but it appears SG-1 shall remain canon for now. Share this:TweetEmailShare on […]

They should do a Stargate Command show with a new cast with the old cast appearing in guest roles. There’s a reason why the Stargate movie was passively received and the SG1/SGA fanbase is still loyal. The TV version got something right that the movie did not.

These are the same sort of attitudes by the various producers that did not help the franchise at all. Sure, we didn’t like it when they cancelled SG-1, but Atlantis was very good. We hated it even worst when they replaced Atlantis with SGU (a darker serial). Its just a series of bad decisions that could have been reversed at any time, but they refused for artistic reasons. Now, we’re left with nothing. When it eventually comes back, we’ll all be happy. But in another time, and another place, who knows, there might be nobody to come back to.

my health isn’t very good, it would be nice to see more before my time comes

I love the stargate movies. Id rather have something new, even a redo of the original, than nothing at all. Everyone needs to support these post with positive responses and all these forum sites if they would also see something new. Stargate series was one of the best sci fi series ever and they know that. They just need to know that the bodies will be there to support their investments. Show them we want new Stargates!!!!!

I agree with the comments not to remake unless a very good script is ready . Timing is everything .
But with the failure of SGU why try to do anything
else . RDA is SG-1 so without him there is no hope for a reboot .My old opinion .

The Covenant and the Cargo Cult, Part 1 - Hunt Sell News

[…] stands today but according to an October report from Omni the project was still on. It may be why the planned Stargate reboot was reported as being put into turnaround in November. Which, if so, strikes me a bit curious. The mighty Devlin and Emmerich nosed off their […]