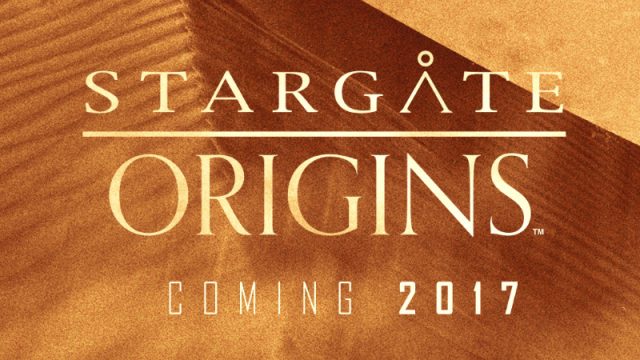 Just when will Stargate Origins premiere? Pre-production on the new series rolls on this week, with director Mercedes Bryce Morgan starting a new “Director’s Diary” series of posts over at StargateCommand.co. In the post she describes recent location scouting, casting efforts, costuming, and other day-to-day tasks needed to get a production up and ready for filming.

But will the 10-episode digital series make it to “air” before 2017 is over? The current answer seems to be: Maybe.

The show is currently on track for a premiere in December, or possibly January of 2018, according to a recent post on the official @StargateCommand Twitter account:

Hi there! No, SGO is in pre-production now, premiering in Dec or Jan! What you will see is Origins' BTS on the SGC All-Access!

The official line in MGM’s most recent press release is that Origins will begin streaming on the new Stargate Command digital platform “later this year.” That’s consistent with the initial announcement about the show at Comic-Con in July, which indicated a Fall 2017 start.

Of course, that’s a pretty quick turn-around even for an online series with 10-minute episodes. Production realities cause plans to change: scripts must be written, actors and grips hired, sets built, and cookies baked by craft services. Delays are incredibly common in this business. (Heck, just look at Star Trek: Discovery, which debuts this Sunday but was originally slated for a January 2017 bow.)

Either way, the premiere window will put the start of Stargate’s fourth live-action series six and a half years after Stargate Universe took its final bow on Syfy Channel, in May 2011.

We’ll be keeping track of the show and bringing you the latest SGO production news right here at GateWorld all through the fall, so keep your chevrons locked!

There’s no way this comes out in 2017 then. They’d need to be about wrapped with production/filming to make that date. Pre-production means this is easily 6 months out given that it’s being produced like a movie.

What do they mean an online series? And what’s with a ten minute episode? Will this ever be on a channel like sci-fi ? Is it actually going to be a on going series or just small parts of a movie? Also what is a digital series? So many questions but little answers, anyone help? Cheers!