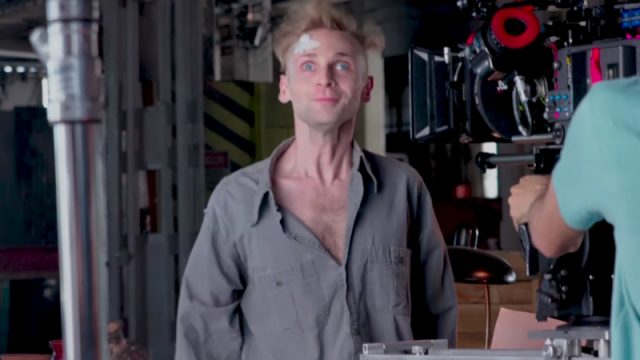 Though it will be released in 10-minute installments, Stargate Origins is a single story meant to be taken as a whole.

GateWorld today has unlocked the first full gallery in our full coverage of Stargate Origins, the new digital series coming soon to Stargate Command. The series is currently filming.

The new screen capture gallery includes nearly 100 images from the two and a half-minute first-look teaser video, released on Saturday. (Rewatch it below.)

Here’s just a sampling of the full gallery (reload for new images):

The teaser gives Stargate fans our first look at series leads Ellie Gall and Connor Trinneer in costume, along with several other members of the supporting cast. There’s also the facility where the gate is being kept, Catherine’s Eye of Ra amulet, and for the eagle-eyed a peek or two at the Stargate itself.

Keep it locked on GateWorld for the latest from Stargate Origins‘ production!