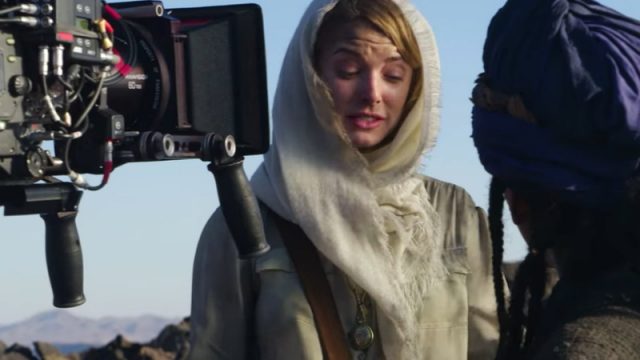 The new 10-part digital series Stargate Origins has wrapped up its principal photography in and around the Los Angeles area, and that means it’s time for another look behind the scenes!

Today MGM unveiled the second behind-the-scenes video for the show — this one showcasing the desert locations where the production filmed its scenes (apparently set in Egypt). Take a look below.

The featurette also confirms that Origins will premiere in 2018. The show is currently in post-production.

Stargate Origins stars Ellie Gall as Catherine Langford, Connor Trinneer as her father Professor Langford, Philip Alexander as Captain Beal, Shvan Aladdin as Wasif, and many other names and characters we’ll come to know in the weeks ahead!

Keep your browser locked on GateWorld for the latest. And head over to StargateCommand.co to sign up for the All Access pass and be ready for the premiere of Stargate Origins!

I know this is a behind the scenes feature, but I can’t help but feel that Origins has a bit of comical feel to it. The one thing that all of Stargate has never done well is comic episodes, they are cringe worthy. While I still have doubts about how this story fits into the Stargate story itself, I really hope it’s a decent, edge of the seat, intense and action packed story, and not just a few quick joke lines one after another.