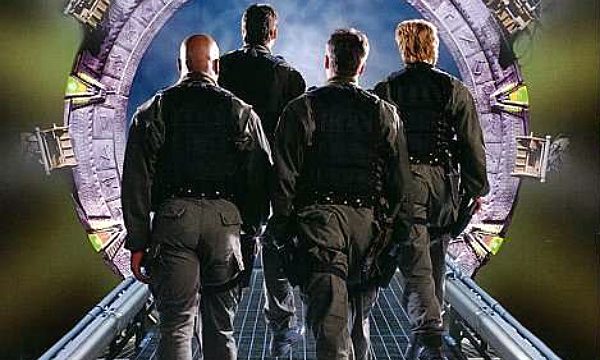 It’s never any fun when a beloved and long-running TV show is cancelled. That’s true for the millions of fans worldwide who have invested themselves in the show’s world and its characters — and all the more so for the men and women who worked on the series for their livelihood.

As we entered the era of original shows on cable, then direct-to-DVD releases, webisodes, and now Netflix and streaming shows fans could pretty much expect that some sort of revival effort will try to save their favorite show. Maybe another outlet wants to capture this built-in audience! Perhaps someone wants to get a deal by not having to build the sets that are already standing, or cast the actors who might still be under contract!

Hopes run high in the months following a cancellation … and that was certainly the case when Syfy Channel (then “SCI FI”) confirmed that it was ending Stargate SG-1 after ten seasons (five of which were on the cable channel’s air).

And while over the years we’ve heard whispers of possibilities that never came to fruition, we never knew the whole story about the effort to save the show — until now.

The long-running series had been reinvigorated in its ninth and tenth seasons, with the additions of Ben Browder, Beau Bridges, and later Claudia Black to the main cast (following the departure of leading man Richard Dean Anderson after eight years). With a new villain and some returning favorites, the writers were laying out their plans for Season 11.

Then, in August of 2006, the network cancelled the show. 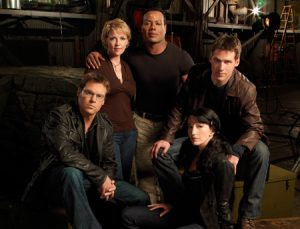 Ben Browder and Claudia Black joined the show in its final two years.

Stargate‘s Vancouver producers and MGM studio execs shopped the show to other outlets, as was reported at the time. What we now know is that one of them said “Yes” to an eleventh season — only to be shut down by Syfy’s contractual hold on what had once been one of its signature shows.

“We came close to doing an eleventh season of Stargate SG-1,” former writer and executive producer Joseph Mallozzi told StargateCommand.co. “Apple — iTunes — one of the executives there was a huge, huge fan. And after we were cancelled [he] said, ‘We discussed it, and we would love to pick up SG-1 for an eleventh and final season. It would be great. It would be an Apple original series.'”

Perhaps not coincidentally, the Stargate franchise had just become available for the first time on iTunes mere days before the cancellation.

Meanwhile, SCI FI was making it clear to the public in the summer of 2006 that its contract with MGM prevented an eleventh season on U.S. television. That apparently also extended to digital distribution platforms, such as iTunes, where original scripted content was still in its infancy.

“We went down the road [with Apple],” Mallozzi said, “and then ultimately there was a clause in our deal with SCI FI that would not permit us to go elsewhere without their OK. And they did not give the OK. So basically we did not get the eleventh season.” 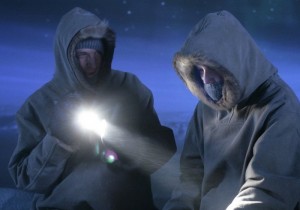 Stargate: Continuum would end up being the team’s last adventure together.

The way it all went down is a bit ironic, considering the fact that SCI FI had acquired SG-1 from Showtime in 2002. As a “SCI FI original” series it regularly set new ratings records for the network, lifting SCI FI into the basic cable Top 10.

With the door shut permanently on continuing Stargate SG-1 on television, MGM turned to direct-to-DVD films. Stargate: The Ark of Truth wrapped up the Ori storyline in March of 2008, and Stargate: Continuum followed in July. (Syfy Channel picked up the broadcast rights to both movies.)

When the DVD market softened, a planned third SG-1 movie was shelved indefinitely.

Why would Sy-Fy would just up and cancel Stargate SG-1 like that!? There should be straight up true answers coming the mouths of the people who run the Sy-Fy channel on why they did that. There should be something done about this right away! I’ve been watching almost of the reruns of both SG-1 and Atlantis on the El-Ray network most of the time!

There was a bit of a change in leadership at SYFY, and the head exec at the time ironically hated speculative fiction as a category in general.

Honestly, the blame is only partially on the exec who ordered the plug to be pulled – the other part lies on the idiots who hired an exec who’s completely against the very content the channel provided.

i think because stargate is getting to close to the real truth, just like in the show our tech and such has advanced drastically every few months, and it should not be possible…i think you all know what i mean

Tech advancement is an exponential process, no need for an actual stargate to show the awesomness of humanity. I suggest that instead of cultivating conspiracy theories, you actually take a look at what’s really going on scientifically speaking.

I absolutely LOVE SG-1. I also like Stargate Atlantis. If and (when) they do decide to bring it (both) back, I would be glad to watch them

actually not only SG1 but atlantis and universe where cut short, maybe it’s getting to real, too much truth of what is really going on, so the ******** beings forced them to end

I love SG-, especially the original cast with Jack and Till, General Hammond. I am enjoying re-runs on Elray also

I WOULD STILL GIVE ANYTHING I HAVE TO BRING BACK SOME VERSION OF sg1 I MISS IIT SO MUCH IM STILL WATCXHING RERUNS AND MY CD CO[Y, I HAVE THE BOX SET WITH THE REPLICA OF THE STARGATE ON THE OPUTSIDE OF THE BOX I JUST CANT GET ENOUGH OF IT EVEN WATCHING IT OVER AND OVER AND OVER DAM I MISS THAT SHOW

Definitely a classic and a great one to go back to when you can’t find anything good u haven’t seen yet to watch.

please bring it back for more seasons

Maybe get Disney to buy it ….

Nope nope nope so much nope!