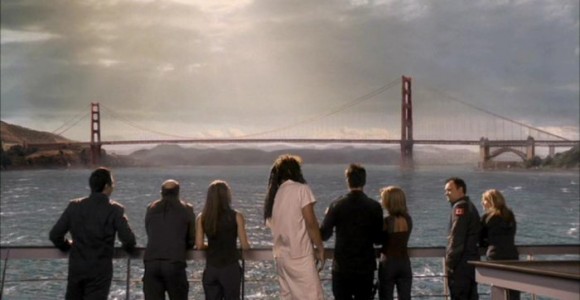 The Atlantis movie would have picked up where the series left off.

CURRENT STATUS: After Extinction was announced by Syfy Channel in August 2008, it spent some two and a half years in limbo. Brad Wright finally announced on April 17, 2011, that MGM would not be producing this or any other Stargate movies in the near future. The script has been written by Joseph Mallozzi and Paul Mullie, but Stargate: Extinction will most likely not be produced.

Below you can find additional notes and comments in chronological order, beginning with the network's announcement of the film in August 2008.