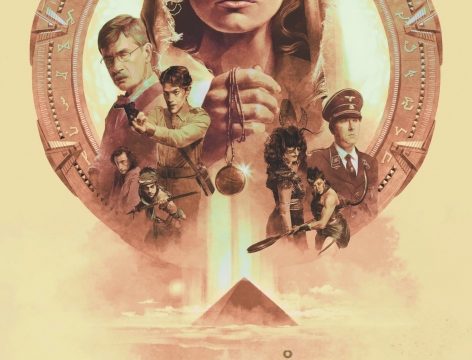 The goodies keep coming from Stargate Command, MGM’s digital platform, in celebration of this week’s debut of the new Web series Stargate Origins!

Out today is a very cool movie-style poster for the 10-part digital series. It’s the first promotional poster for Origins since the teaser poster was released at San Diego Comic-Con last summer.

Click on the image to the right to see a bigger version, or head over to the Stargate Gallery!

The first three parts of Stargate Origins are now streaming for free worldwide over at Stargate Command! After you’ve watched them, read our story and continuity analysis in the Origins episode guide and head over to the SGO forum at GateWorld Forums to discuss with other fans!

It’s a neat poster. But aren’t these kinds of things supposed to be released before a movie is out, not after?

Technically it’s not yet released. Only a small part of it. :)