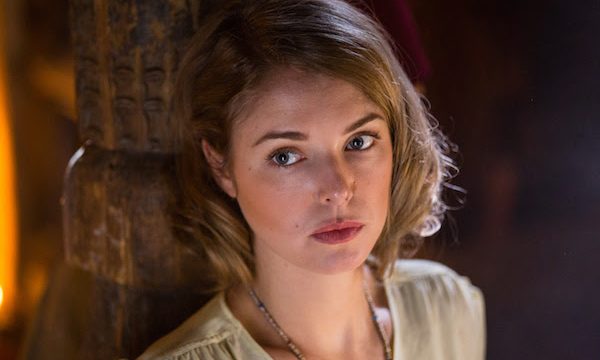 The folks at Stargate Command have dropped a Valentine’s Day present into the laps of All-Access subscribers. The first three installments of the digital Web series Stargate Origins are now live and ready to watch.

It’s a happy surprise to fans who paid for special, exclusive access to MGM’s digital platform. Origins was announced for a February 15 premiere — and will still be going live tomorrow for a worldwide free preview.

New episodes will be released on Thursdays, though an initial plan to release two every week may not in fact be the studio’s final game plan.

Stargate Origins is a 10-part Web series, with 10-minute episodes telling the story of a young Catherine Langford (Ellie Gall) and her quest to rescue her father from the Nazis.

The All-Access pass is available for a one-time fee of $20 (U.S.), and also offers additional content in the form of view interviews, behind-the-scenes looks at the production of Origins, and the ability to stream every Stargate SG-1, Atlantis, and Universe episode and all three movies. 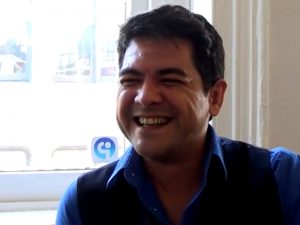 Some All-Access content will expire after May 15, and the subscription portion of the service is only available in the United States, Canada, United Kingdom, Germany, Australia, and New Zealand.

MGM advises GateWorld that viewers gearing up for Thursday’s free preview should also be registered with a free account at Stargate Command in order to be ready to watch.

Stay tuned to GateWorld for our full and continuing coverage of Stargate Origins! Each week we’ll do a deep-dive into the mythology with episode analysis, plus breaking news and more. And be sure to visit the brand new SGO section at GateWorld Forum to talk about the Web series with other fans!

I gotta admit I was nervous going into this but I’ve loved the first three parts. Excited to see where the story goes and what the future holds for our beloved franchise. Stargate is back!

I really like what I’ve seen, so far, and I’m looking forward to the rest of the episodes. However, I’m hoping that they explain why Catherine and her father act as though neither of them really knew what the gate was, or that both of them had traveled through it, in the past.

Glad to see people enjoyed it… I certainly didn’t. It really feels like the production was fast ; camera angles are weird, characters enter from the side as if it was a play at the theater, lighting is way off and makes the whole set feel like, well, a set… and aside from the two lead actors the acting is not great. The narrative is fine… I really wish I didn’t feel that way.

Well, it definitely didn’t take long for the continuity headaches to start. Sigh. But I’ll reserve proper judgement until I’ve seen all ten parts. Setting aside the continuity questions, I found the first three episodes intriguing at least, even if they had more a fan film feel to them.

Well, I’m not going to see it. I have to have a subscription, and I’m just not feeling it. I pay enough for TV the way it is now, and I can’t justify $20 for 10 episodes that I may not even like. I’m disappointed.