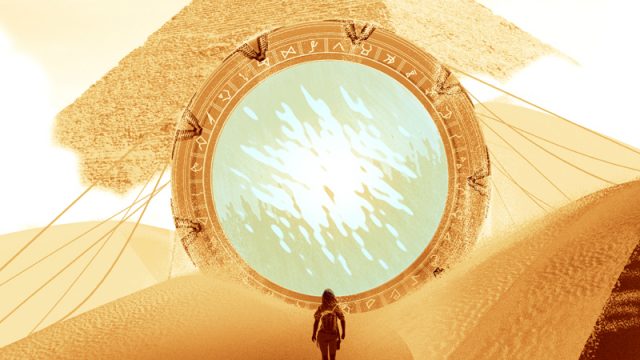 Teaser poster for Stargate Origins, which will tell the story of a young Catherine

Stargate Command subscribers now have another option for owning the new feature cut of the first Stargate Origins story. Members who have paid for the All-Access pass at the official site now can download the entire story from Google Play at no additional cost.

All-Access pass holders should have received an e-mail last week with a unique redemption code, allowing them to download Stargate Origins: Catherine on Google Play. (An iTunes-only code was distributed in June.)

The feature cut of the 2018 Web series is available in 4K Ultra HD from both services. It normally sells for $19.99 U.S.

The story is set in the late 1930s, where a young Catherine Langford (Ellie Gall) and her father (Connor Trinneer) study the ancient ring they discovered buried in the sands of Egypt a decade earlier. But when Nazi occulist Dr. Wilhelm Brücke (Aylam Orian) interrupts their quite life and initiates a crisis that could threaten the entire planet.

GateWorld’s episode-by-episode analysis of Stargate Origins: Catherine is in our SGO episode guide!

I really wish MGM participated in Movies Anywhere or UltraViolet so this wouldn’t be an issue.