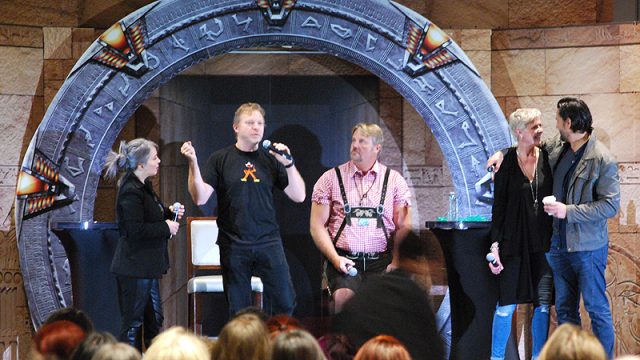 We had a blast meeting fellow Stargate fans and getting up-close with dozens of cast and crew from the franchise’s long history. And we want to share as much of it as we can with you!

GateWorld has just published our full gallery of photos from the 3-day event, which took place in beautiful (and rainy) Vancouver, British Columbia. We watched panels, hung out in the Stargate Command lounge, chatted with fans in the corridors, and even grabbed a few cast interviews to share in the coming weeks.

There are also lots of special events at Gatecon, a fan-run event that has been running off and on since 2000. Friday’s festivities ended with an improv show from Gary Jones (“Walter Harriman”) and Peter Kelamis (“Adam Brody”), followed by a night of music and dancing courtesy of Colin Cunningham (“Major Davis”) and his band What the Funk! On Saturday it was the Stargate costume competition and charity auction — which raised more than $30,000 for Cystic Fibrosis Canada. Incredible!

Head over to the Stargate Gallery to find nearly 200 images from the event (with more still to be added). Here are just a few random samples: 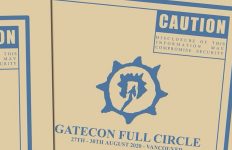