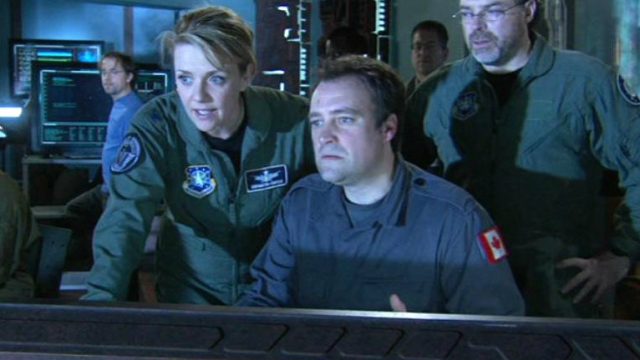 It’s just a few days until Stargate Command celebrates its 1-year anniversary. The official Stargate platform launched the third week of September last year, and this month the service will enter its second year with plans for new content, improved functionality, and access for more Stargate fans.

“We are creating another All-Access Pass,” MGM Editorial Director Kieran Dickson told GateWorld. “With that All-Access Pass is going to be even more content. We really want to drill down on making Stargate Command the ultimate Stargate library of content.”

In addition to interactive features and a new Stargate merchandise store, expanding Stargate Command in Year 2 will include telling brand new stories in a variety of media.

“[We’re] taking in all of your feedback and making sure it’s not just a community tool but we want Stargate Command to be a storytelling tool, as well,” Dickson said. “I’m really excited about what we’re working on. Whereas Stargate Command currently mainly just is content and video content, we’re looking to layer in books and comics, and a whole new raft of video content for fans to engage with.” 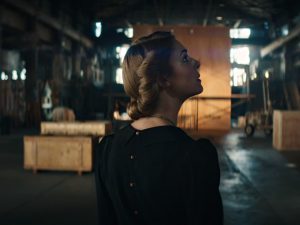 Before the “feature cut” went on sale Stargate Origins was limited to availability in six countries.

In addition to creating new content MGM is hard at work expanding the availability of Stargate Command’s All-Access Pass to more countries. The paid subscription offers access to all of the site’s premium content — including Stargate Origins, the “Dialing Home” interview series, on-demand access to every Stargate film and TV episode, and more. But it is currently limited to fans in the United States and Canada, the U.K., Germany, Australia, and New Zealand.

“We’ve been working really, really hard to try and expand the reach of the All-Access Pass to more territories,” Dickson said. “But it takes time to build up these networks. We’re really excited for more people to be able to engage with the All-Access Pass.”

“That was one of the reasons we were so excited about Stargate Origins: Catherine, the feature cut — because that enabled us to get the Stargate Origins story out to an international audience. And you know Stargate is a legacy franchise, and it’s got [contractual] relationships built up over years. It takes time to figure that out.”

Though a list of countries to be included in the expansion of All-Access was not available as of press time, details will be forthcoming once the deals are done. But the studio’s goal is to maximize availability for the Stargate audience — which is truly worldwide. “We want to get to as many territories as possible,” Dickson said, “so we can really create a truly global community.” 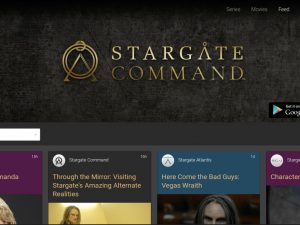 Stargate Command’s streaming library has every Stargate story ever told on screen.

All of the platform’s existing content will stay put — including 354 episodes of SG-1, SGA, and SGU, plus the original Stargate film, Stargate: The Ark of Truth, Stargate: Continuum, and Stargate Origins.

And while MGM hasn’t announced its next live-action project yet, Dickson emphasizes that live-action will continue to be a central part of how Stargate stories are told.

Production, of course, takes time — so meanwhile other sorts of new, original stories are also in the works.

“As well as a streaming library we’re also going to be bringing in stuff that you can read: comic books and e-books,” Dickson said. So new Stargate stories will be told on Stargate Command “through a number of different mediums.”

“Dialing Home” will also continue with brand new behind-the-scenes video features, co-hosted by Christopher Judge (“Teal’c”) and David Read. This year viewers will get to go on a tour of familiar locations in and around Vancouver, British Columbia.

“We’re going to be creating a new stream of ‘Dialing Home’ which will, instead of focusing on the actors, [will] be focusing on the real-life locations that helped bring the show to life,” Dickson said. “So it’s going to be a bit like a Stargate travel show.” 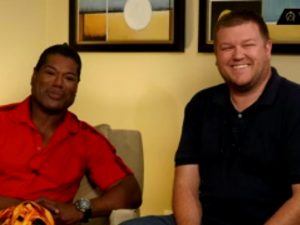 Though the dates for the roll-out of new content are still to be determined, the Year 2 All-Access Pass is available right now. As with last year, fans can get in on an entire year of Stargate content for an annual fee of $20 (U.S.).

Current All-Access subscribers will be offered a special package as an incentive to renew before October 20. The “Founding Member Pack” includes some special perks, including three additional months of service (15 months in total) and a “S.G.C. Founding Member” patch.

“We really want to say a big ‘Thank you’ to all of the folks who were there with us for phase 1,” Dickson said.

Pass holders in the U.S. can renew starting today. The renewal window for members in Canada, the U.K., Germany, Australia, and New Zealand opens September 20.

Keep your browser locked on GateWorld for more on Stargate Command’s expansion plans, and head over to StargateCommand.co to visit the official platform.

Tip: Hold off on renewing immediately. I just did, and my All Access Pass is now scheduled to expire a year from today, rather than a year from when it was originally going to expire

I honestly have never trusted anything in the app, from what I can tell, if you pay the full amount, it only lasts for about 30 days of streaming, then you have to pay again to re-up? I don’t want a recurring payment for access to 20 year old content, I just want a one time payment.

Michael: We should have specifics on the countries shortly.

Zombie: MGM advises me that everyone who renews before Sept. 20 will get their annual “start date” set to Sept. 20.

Adam: As the article states this is an annual subscription: $20 for 12 months. For those renewing an existing All-Access Pass by Oct. 20, it’s $20 for 15 months.

Darren, do you have any information regarding a facelift of the site itself? The whole thing is just horrible to use.

I just can’t get passed this particular bit: “Current All-Access subscribers will be offered a special package as an incentive to renew before October 20. The “Founding Member Pack” includes some special perks, including three additional months of service (15 months in total) and a “S.G.C. Founding Member” patch.” They deliberately kept the all-access access to 6 countries, blocking access to their “exclusive” content to everyone else, and now they even have the audacity to again give them more than everyone else? THEY BLOCKED FANS FROM ALL BUT 6 COUNTRIES!!!! They should be giving in an incentive to those blocked… Read more »

They really need to come up with a better PR person. This is just so much gobbledygook. Anyhow, I will “re-up” because I would like to do a full re-watch of SG-1. I wish they would make the app available on Amazon, or another platform so I could watch it on my TV not my computer. Call me old school, but that’s where I like to watch…well — er…. TV.

@Mollymouse the content is on Hulu but not a part of the SG Command All Access Deal. That being said, until they figure something out, if you’re accessing the site on your laptop, use your video out port on your laptop and hook it up to your TV & set the display to extend to a second monitor. Have the browser fo the video play full screen in the second monitor & make that the video for the TV. That way you can watch the videos on your TV and still have access to your laptop. You’ll be tied to… Read more »

I’m in the US and have a fire tv and stream it through the stargate commqnd app by casting from my phone.

I hope that they won’t release another Origins story. It was dull, yes it had Stargate but other than that, was pretty forgettable. Make either a completely new series with new actors, story that is based more on the history of the ancients , galactic conflicts and that will lead bag to Destiny. From there you can make 3 shows, SG-1 again, SGA again and SGU again. However I doubt that they will invest money in making it possible.

so sad to read that nothing had happened in a whole year.
still only available in a few countries.
still ”working on it”…

Heightmeyer’s Lemming, Though I don’t work for MGM in anyway, I have worked with content availability for other networks and studios on other projects. I would hazard a guess the reason why content was limited to six countries had to do with contracts and licenses. It usually is a crazy mess of spider webs when it comes to international licensing and it can be difficult at best to release content to different markets. That mess is complicated more when content is/was available via standard television and streaming devices together. There are television shows that can be streamed in one country… Read more »

@Nekomajin: As I understand it this is likely to happen in 2019. To everyone disappointed in international availability: It’s a totally legit complaint, and an issue GW has been pushing MGM on all year. I can tell you unequivocally that the country restrictions are NOT something that the SG Command team chose to do — it was something they were legally obligated to do. Stargate rights are locked up under different deals with different terms for different outlets in every single country; I imagine that some of these can be renegotiated, while the studio just has to wait out others.… Read more »

@Jimmy I’m not unfamiliar with license and broadcast rules and regulations and whatnot, so I get that contracts have to be fulfilled but that doesn’t mean you can’t outright come out and say so. It doesn’t have to have grand details, just say we’re having contracts in place that need resolving. I literally take no issue with that explanation. I would have backed off immediately had they come out and be honest about it, instead they continue — since September 2017, I might add — the “we’re working on it” line, which has become their signature motto. It’s the same… Read more »

When is coming to Ireland 🇮🇪

Unless there is new live action content, based on existing continuity, why would anyone care about this???

@lj, thanks for the tips…not sure I am savvy enough to do it, but may try. @Darren @MAC AGREE!!!

Why would anyone want to pay for this service? The first year’s content has been weak, at best. ORIGINS turned out to be pretty dire–poorly written, inconsistent with both SG-1 and the feature film, and very amateurishly acted. It’s not worth paying for more.

Great. all they need is add soundtracks into the mix and everyone will be so happy.

we need soundtracks on Stargate Command

Is it really that difficult to have a stand alone channel on Roku?