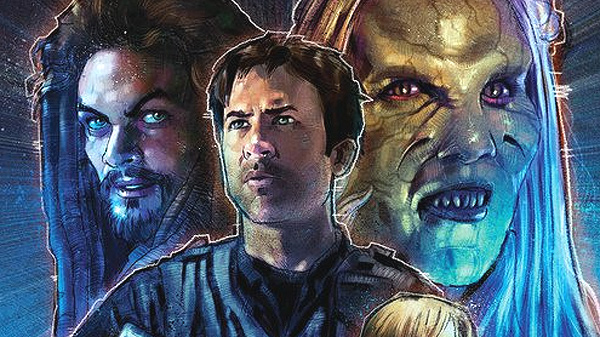 Stargate Command is adding to its vast Stargate library — this time, in the form of comics. The Stargate franchise’s digital platform this week debuted select issues of American Mythology’s Stargate Atlantis and Stargate Universe comics. 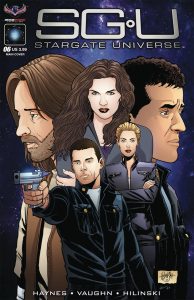 Also included is the first issue of the recently-released Stargate Atlantis / SGU Anthology Series, which includes two short, stand-alone stories. The Atlantis story chronicles a fight against “technology that could obliterate the city,” while the Universe story dives into Camille Wray’s character just hours before the Stargate Universe series finale, “Gauntlet.”

The stories were written for American Mythology by Mark Haynes and J.C. Vaughn.

“We’re so excited to have these great stories available on Stargate Command,” Stargate Command’s Editorial Director Kieran Dickson told GateWorld. He said that the new addition is just the beginning for bringing new stories to the platform.

“It has long been our aim to bring Stargate stories to the All-Access Pass through as many mediums as possible, and the addition of American Mythology’s Stargate Atlantis and Stargate Universe adventures is just the start.”

Just last month “Back To Destiny” wrapped up its run with a sixth and final issue — currently available in comic stores, or on Amazon and Comixology. A paperback edition that collects the entire series is available for pre-order on Amazon, due out later this month. 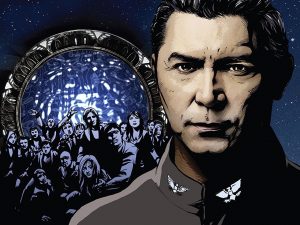 Colonel David Telford appears on the cover of “Back to Destiny” Issue #3.

“Stargate Atlantis: Back To Pegasus” was first released in 2016, and picked up right where the television series left off.

Individual issues of the Stargate comics sell at retail for $3.99 each, in both digital and print formats.

Both “Gateways” and “Back To Pegasus” were previously compiled into a paperback volume (along with Atlantis‘ “Hearts and Minds”) and successfully funded on Kickstarter.