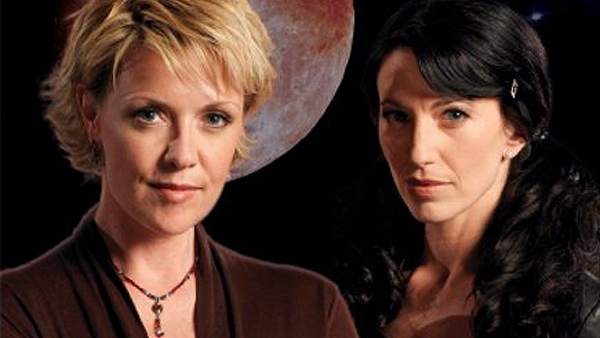 A brand new Stargate SG-1 adventure is on the way, courtesy of Fandemonium. The publisher will release the new novel “Female of the Species,” from author Geonn Cannon, later this month.

The book is officially out on November 22, but you can pre-order it on Amazon right now. The Kindle edition is currently $4.99 (U.S.).

“Female of the Species” comes in at 259 pages, and is the first full-length SG-1 novel to be published since 2016’s “Insurrection.” 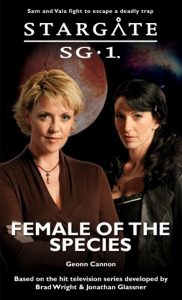 Vala Mal Doran, SG-1’s newest recruit, simply can’t ignore the plea for help she receives from her old friend, Tanis Reynard. And with vital intel up for grabs, Vala ensures SG-1 can’t ignore it either …

However, as the mission quickly unravels, Colonel Carter and Vala find themselves bound for the ‘inescapable’ prison world Viaxeiro Caldera, leaving Colonel Mitchell, Teal’c, and Dr. Daniel Jackson to mount a rescue. Meanwhile, Sam and Vala uncover a sinister secret on Viaxeiro which means they will have to overcome their personal rivalries and learn to work together to bring down the insidious faction which controls the prison world — preferably before their true identities are discovered.

By the time Mitchell and the rest of SG-1 reach Viaxeiro, it’s anyone’s guess who’s rescuing whom in this rip-roaring Stargate adventure … 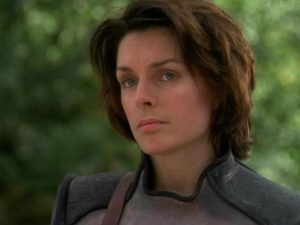 The character Tanis Reynard appeared in the sixth season episode “Forsaken,” where Jonas Quinn and SG-1 discovered that she was a criminal posing as a Hebridian security officer. (The character was portrayed by actress Sarah Deakins.) It makes sense that Vala — herself a planet-hopping, treasure-hunting thief before she joined SG-1 — would be acquainted with Tanis.

Pre-order “Female of the Species” now on Kindle from Amazon.com or Amazon UK! We’ll keep our eyes open for the print edition in the weeks ahead.